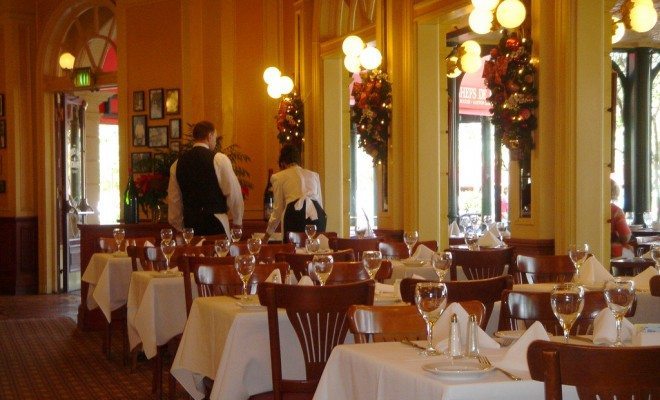 Mahana, the latest development in the race to serve millions of diners, will be the most tech-friendly way to do fine dining. Beautifully designed and easy to use, the app offers an array of convenient options to users, including reviews and wait times. The Austin-based company founded last summer just finished its private beta testing phase. The company expects to officially launch the app this summer once public testing closes. With all of its wonderful features, I wanted to know the inspiration behind the app’s creation. Luckily Mahana Co-Founder Richard Bagdonas was kind enough to speak with me about the company’s purpose and plans for future growth.

Mr. Bagdonas, who has been involved in hospitality app development for the last four years, decided to create Mahana in order to fill a need in this huge market.

“Companies wanted it.  I was hearing from restaurant owners that filling orders for pick-up wasn’t the biggest problem.  The problem restaurants are having is that they need more guests inside of the restaurant.  More guests means more need for wait staff and servers and helps owners identify repeat customers.”

The restaurants on Mahana are considered upper casual and fine dining, so a meal for two could range from $100-$120 — locations that most people are unlikely to visit more than once a week. As a result, the ability for participating restaurants to follow who is coming in, what they’re ordering, and how often they frequent the location is an incredibly valuable tool. So far Mahana has been received very well in Austin, and according to Mr. Bagdonas there are “two dozen restaurants on the waiting list.”

“Facebook is very good at identifying if a person is who they say they are.  Years ago, Facebook stopped allowing users to create fake pages so instead of reinventing a verification system, we decided to use one that is already established.  Also, Facebook is good for tracking important dates like birthdays and anniversaries.  Having this information allows restaurants to provide special deals and promotions to its customers based on that information.”

I’ll be honest, I was a little skeptical about this required Facebook integration, but after everything was explained, it makes perfect sense. So now I’m waiting to see what kind of deals my impending birthday may bring my way. Thank you Mahana!

If the idea of finding a charming fine dining restaurant wrapped in a sleek and user-friendly app doesn’t interest you, maybe the other features will. All the information you need from an establishment’s opening and closing times, to the address and telephone number are all provided with a picture of  the restaurant’s interior set as the background. For me, getting a glimpse inside the restaurant is something small, but it’s one of my favorite things about Mahana. It’s hard enough to pick out something to wear when I actually know where I’m going, so imagine what I put everyone through when I’m not sure what the place looks like. This app will save so many significant others from the irritation that goes along with having picky “I don’t know what to wear” partners.

Users have the option of choosing the map view to find a restaurant based on location or they can choose the list view to search the name of a specific establishment. Once you choose a restaurant, make sure your phone’s Bluetooth is on so that the restaurant knows exactly where you are and the app can alert them of your arrival time. Also, for customers with food allergies, you can record this information into the app and trust that this vital information is communicated to the wait staff on your behalf.

Mahana will definitely change how upper casual and fine dining is done. The company does have plans for the app to work nationally, but they’re looking for feedback from users to let them know what areas they should come to next. To learn more about Mahana and persuade them to come to your city, visit their Facebook, mention them on Twitter @getmahana, or visit their website.

Teerah Goodrum
Teerah Goodrum is a Graduate of Howard University with a Masters degree in Public Administration and Public Policy. Her time on Capitol Hill as a Science and Technology Legislative Assistant has given her insight into the tech community. In her spare time she enjoys visiting her favorite city, Seattle, and playing fantasy football. Contact Teerah at staff@LawStreetMedia.com.
Share:
Related ItemsAppAustinFacebookFine DiningHospitalityHospitality AppMahanaMahana AppRichard BagdonasTechnologyUpper Casual Dining