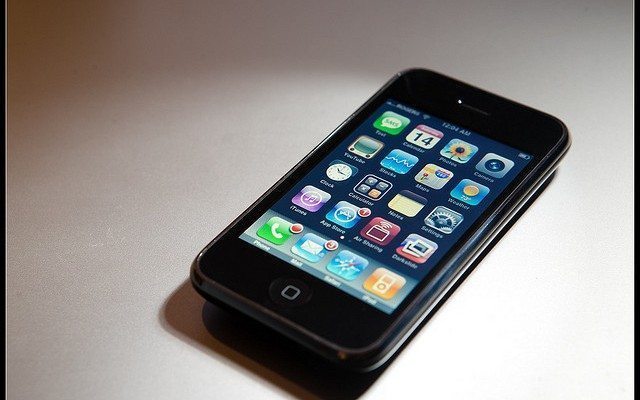 Want to Hook Up? Better Get on Tinder

I recently discovered Tinder, the latest dating app craze, after a friend tweeted about her shame over having to create a Facebook account just to use the Tinder app.  At that time I was unaware of the app’s existence and decided to ask my significant other about it — which was a huge mistake.   At the mere mention of Tinder I was banned from even thinking about it. Fortunately for all of us, I feel that as a technology blogger it is my duty to investigate this new phenomena and give a report.

So what is Tinder? It’s a dating app, available on Apple and Android phones, that allows users to find people in their area whom they’re are attracted to and send them an alert. To do this, you have to log into Facebook and turn on your phone’s GPS.  As with many other apps, the use of Facebook is to verify a person’s identity, and the GPS allows the app to know your location. Based on your Facebook picture and information, Tinder creates your profile. To be clear, not all of your Facebook information is visible, only your picture, age, and first name. The creation of a profile allows your information to be seen and sent to other Tinder users in the area.

Next, the profiles of users nearby are sent to your phone and Tinder gives you the option to either like or pass. If you like the profile, an alert will be sent to that user. If someone likes your profile, then an alert will be sent to you. If both users like each other, then you probably guessed by now that the app connects them to each other. What happens after that is up to you.

There have been complaints of difficulties when using the app. Slow picture uploading, an inability to find Tinder users in one’s area, and issues logging in are just a few. Recently, Tinder upgraded the app to improve picture deleting time, correct minor crashes and issues, and hide common interests and friends from being viewed in a user’s profile. The issue of finding Tinder users nearby will probably correct itself as more people download the app. One of the most important new features is the photo zoom.  Why is photo zoom important, you ask?  Because this is Tinder, not Match.com!

In the dating world, who approaches a person because they appear to possess strong family values? Nobody, that’s who. This is what sets Tinder apart from other dating apps. Unlike with others, you won’t waste time finding out you’re compatible just to click on a picture that makes you change your mind. Tinder depends on a shared physical attraction between its users before it connects them — and this more closely resembles what happens in real life. I’m not sure if creating a dating app to resemble actual dating life was Tinder’s intention, but that’s not the only way people are using it.

In practice, Tinder is used as a hook-up app, or as a source of entertainment. On the hook-up side, users are logging on, swapping likes with people they’re attracted to and meeting them to… you know. I’m not saying that every person who uses Tinder is looking for this kind of situation, but it is happening. For entertainment, people like my friends are using Tinder to look at the awkward messages men send them and laugh. Others, the rare few, are actually committing to dates and using the app the way it was created to be used.

Tinder, like any dating app can be used to find great people in your area to create meaningful relationships with. Don’t get upset if someone approaches you in a way that seems brash and slightly shocking. Don’t be surprised if the person you’re messaging is being silly and using Tinder as a way to safely talk to strangers. For all the single adults out there, enjoy. For those adults in relationships, enjoy at your own risk. For all of you who are as intrigued as I was… check it out.

Teerah Goodrum
Teerah Goodrum is a Graduate of Howard University with a Masters degree in Public Administration and Public Policy. Her time on Capitol Hill as a Science and Technology Legislative Assistant has given her insight into the tech community. In her spare time she enjoys visiting her favorite city, Seattle, and playing fantasy football. Contact Teerah at staff@LawStreetMedia.com.
Share:
Related ItemsDating AppFacebookOnline DatingTechnologyTinderTinder App