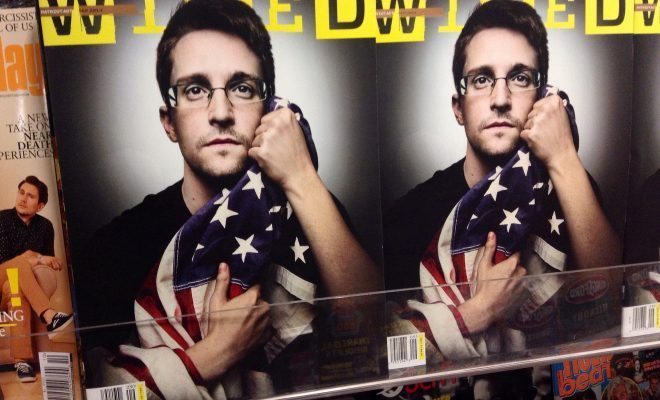 On Monday, the Intercept released a batch of 166 previously unseen documents leaked by whistleblower Edward Snowden. The release fulfilled Snowden’s wishes for the classified information, by pairing it with context that makes it accessible and understandable to the general public. The Intercept also attempted to protect the personal welfare of innocent individuals associated with the information.

On its website, the Intercept declared that it will release the documents in batches, starting with the oldest ones from 2003 and going all the way until the most recent documents, from 2012. The documents in question are from the NSA’s internal newsletter called SIDtoday, short for Signals Intelligence Directorate.

On Tuesday, reports came that the CIA “mistakenly” destroyed a 6,700 page U.S. torture report, containing thousands of confidential files about the CIA’s use of enhanced interrogation. Something that does sound very fishy, and Snowden said:

I worked @CIA. I wrote the Emergency Destruction Plan for Geneva. When CIA destroys something, it's never a mistake. https://t.co/S1VULfE4NY

Along with the release of information, the Intercept published four accompanying articles. One went through how closely the NSA was involved in the Guantánamo interrogations, explaining how staff were sent to the military base during the time that the torture-like interrogations took place. It states:

The documents and corresponding articles also account for how the staff spent their free time doing water sports, going to a Tiki bars, or:

This all sounds like a relaxing, enjoyable vacation. But reports from FBI agents who were disturbed by the conditions under which the prisoners were questioned all stem from the same time period. They state that prisoners were questioned while lying chained to the floor in fetal positions, while exposed to aggressive dogs, and while starved as just a few of the examples. The reports also stated that the interrogators claimed to be FBI agents, to avoid later blame for abuse and possible repercussions.

Another article from the Intercept goes through the most intriguing spy stories that have come to light as a result of the documents. For example, it highlights North Korean nuclear plans, Russian mobsters, and information about the rescue of a kidnapped female soldier.

The Intercept was founded in 2014 and is dedicated to fearless reporting. The site is known especially for its coverage of the Snowden documents–editor Glenn Greenwald was one of the original recipients. Batches of more documents are coming shortly, so stay tuned as more of Snowden’s revelations come to light.

Emma Von Zeipel
Emma Von Zeipel is a staff writer at Law Street Media. She is originally from one of the islands of Stockholm, Sweden. After working for Democratic Voice of Burma in Thailand, she ended up in New York City. She has a BA in journalism from Stockholm University and is passionate about human rights, good books, horses, and European chocolate. Contact Emma at EVonZeipel@LawStreetMedia.com.
Share:
Related ItemsCIAConfidentialityEdward SnowdenGuantanamoInterceptNSATorture