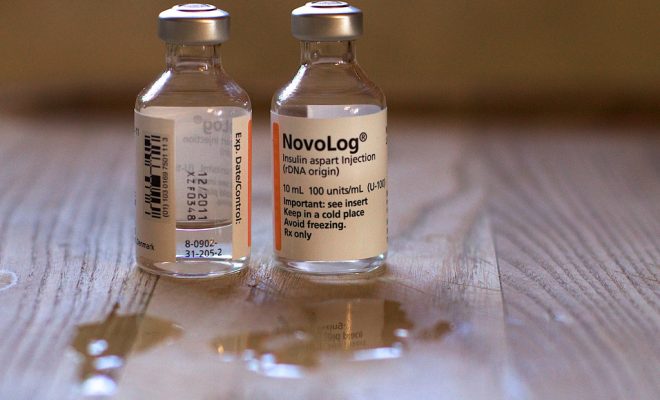 On Tuesday, Bernie Sanders’ Twitter account sent out a series of tweets describing the price hike on insulin from pharmaceutical company Eli Lilly and Co. The tweets linked to a Washington Post article that details the increasing prices from the day insulin was discovered in 1921 until today. Sanders’ tweets attacked the drug industry, accusing the companies involved of corporate greed.

A bit of backstory is necessary: the researchers who discovered insulin debated whether to patent it at all since their main purpose was to help humanity. Their discovery made it possible for people to live with a disease that had previously meant a death sentence. Eventually they sold the patent for $3 to the University of Toronto.

Why has the price of Humalog insulin gone up 700% in 20 years? It’s simple. The drug industry’s greed. pic.twitter.com/SUeSbsr2Ka

Sanders’ tweets, which were not signed by him personally but sent out by staff members, caused Eli Lilly’s stock price to drop 2.4 percent. The price of $72.02 per share was the lowest it has been since March 31. Prices soon stabilized again, and Eli Lilly released a statement defending its pricing.

“A permanent solution that gives everyone who uses insulin reasonable access will require leadership and cooperation across many stakeholders, including manufacturers, (pharmacy benefit managers), payers, and policymakers. That’s because the answer itself isn’t simple.”

Eli Lilly and Novo Nordisk clearly care more about their profits than their patients. It’s time to end their greed. pic.twitter.com/MqCsHNjzcO

This year marks 75 years after the original patent on insulin expired and three companies in particular have made improvements to insulin that leads to the creation of more patents and garnered the owners billions of dollars. One of those companies is Eli Lilly; its insulin Humalog has gone up in price from $21 in 1996 to $255 today. That’s a 700 percent increase.

But why isn’t competition keeping the prices down? The pharmaceutical industry claims drug improvement raises prices, but experts question this and believe the changes to the drugs are only to cover up for price hikes as well as to create new patents. David Nathan from Harvard Medical School said to the Post:

I don’t think it takes a cynic such as myself to see most of these drugs are being developed to preserve patent protection. The truth is they are marginally different, and the clinical benefits of them over the older drugs have been zero.

Many people can’t even afford to get their insulin. Around six million Americans depend on it, and though many get it through health insurance, there are also many without insurance or in between insurance plans because of different life changes.

In the richest nation in the world, diabetes patients are being forced to decide between eating and paying for the drugs they need. pic.twitter.com/Mnq4NSgiPz

Sanders has targeted the drug industry before and influenced the stock market through his tweets about Ariad Pharmaceuticals’ high prices for a leukemia drug. Hillary Clinton is doing pretty well too–she has tweeted both at the industry in general, causing Nasdaq shares to fall last year, and about the EpiPen by Mylan NV, whose shares fell by 6.2 percent. If these progressive politicians keep it up, maybe things will change after all!

Emma Von Zeipel
Emma Von Zeipel is a staff writer at Law Street Media. She is originally from one of the islands of Stockholm, Sweden. After working for Democratic Voice of Burma in Thailand, she ended up in New York City. She has a BA in journalism from Stockholm University and is passionate about human rights, good books, horses, and European chocolate. Contact Emma at EVonZeipel@LawStreetMedia.com.
Share:
Related ItemsBernie SandersDemocratic PartyDemocratsDrug PricesDrugsHillary ClintonInsulinPharmaceutical IndustryPrice HikesSharesStocks