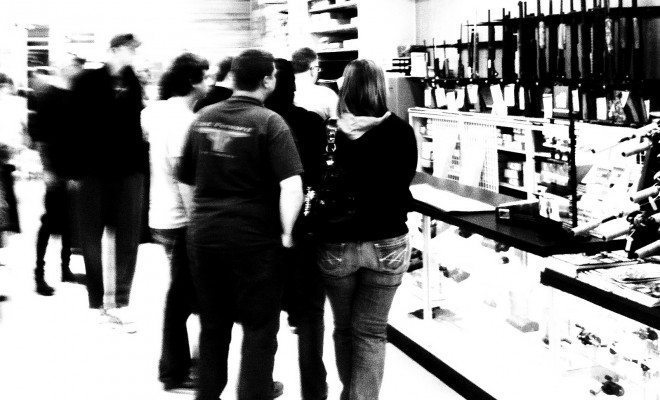 Facebook Cracks Down on Gun Sales Through the Site

Facebook is implementing new polices to prevent person-to-person gun sales via both the Facebook and Instagram sites. Traditionally, individuals making private gun sales have been able to arrange them using the social networks, but under Facebook’s new policies, that will no longer be allowed.

Firearms are joining the long list of things that people cannot use Facebook (or Instagram) to sell, including illegal drugs and pharmaceuticals. While Facebook’s old policies didn’t allow individuals to sell guns via Facebook ads, individuals could create posts for the private sale of firearms. However, Facebook did take actions in 2014 to restrict those kinds of sales to minors. According to NPR’s Laura Sydell: “Facebook has never been directly involved in gun selling, but it has been a place where buyers and sellers have negotiated sales.” However, these new policies won’t affect already-licensed sellers or stores from creating ads on the site.

Over the last two years, more and more people have been using Facebook to discover products and to buy and sell things to one another. We are continuing to develop, test, and launch new products to make this experience even better for people and are updating our regulated goods policies to reflect this evolution.

Under these new polices, Facebook will rely on users to report violations, and if certain individuals become repeat offenders, they may be banned from the social media sites. Facebook officials stated:

The move isn’t really much of a surprise–these changes to Facebook’s policies come roughly a month after President Barack Obama’s executive actions on guns were announced, which create stricter provisions for private, even individual, gun sales. The fact that Facebook is making an attempt to comply with its new provisions makes sense–hopefully it’ll help to cut down on unlicensed gun sales via two of the top social media sites in the U.S.

Anneliese Mahoney
Anneliese Mahoney is Managing Editor at Law Street and a Connecticut transplant to Washington D.C. She has a Bachelor’s degree in International Affairs from the George Washington University, and a passion for law, politics, and social issues. Contact Anneliese at amahoney@LawStreetMedia.com.
Share:
Related ItemsExecutive ActionsFacebookFirearmsGun SalesInstagramPresident Obama