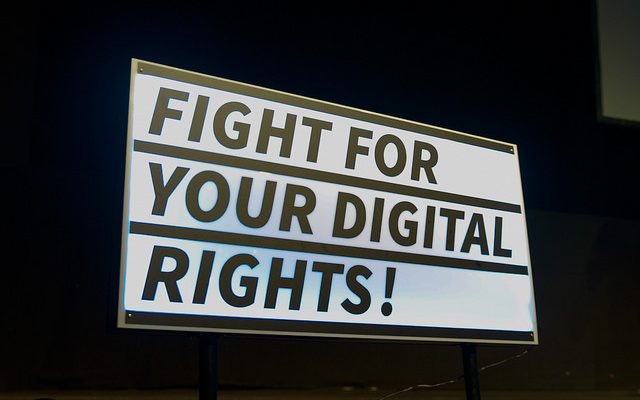 Who Controls Your Digital Legacy?

A German couple is suing Facebook after the company denied them access to their deceased daughter’s account. While legal disputes over inheritance are nothing new, questions over digital legacy and online reputations are growing more common in the age of information.

According to German news outlet Deutsche Welle, a subway train struck and killed the plaintiffs’ 15-year-old daughter in 2012. It remains unclear whether her death was an accident or if the girl committed suicide. Her parents hope that by gaining access to her Facebook account they might be able to shed light on the circumstances surrounding her death.

In 2015, a court in Berlin granted the couple access to their daughter’s Facebook account, stating that digital possessions ought to be as inheritable as material possessions. Facebook, however, refused to comply with the court order and appealed the decision. The social media giant argued that while they sympathized with the parent’s demands, it would violate the privacy of users who had messaged the teenager under the expectation their conversation would remain private.

Even if she had been old enough to name her parents as legacy contacts, they still would not have been allowed to log into the memorialized account or check her messages. Deutsche Welle reported that the girl’s parents did know her password but that her account had already been memorialized by the time they tried to log in.

Increasingly, law firms and will writers are offering advice on how to protect one’s digital legacy, but the case in Germany highlights the fact that there are limits on one’s ability to control their online presence once they pass. Individuals have the option to create (or not create) an online profile. However, once an account has been created, control over that account may not be exclusive to the user depending on the service.

Clearly, the phrase “you can’t take it with you” has added meaning in the information age but legal questions about digital legacy have salience in life as well as death. Additionally, one can have a digital legacy without ever having created an online account.

In 2010, a Spanish man filed complaints with the national Data Protection Agency against a local newspaper, Google Spain, and Google Inc. When that man’s name was searched, Google turned up an auction notice for his repossessed house. He argued that because the matter had been resolved, the search result was irrelevant and violated his right to privacy. In 2014, the European Court of Justice ruled in favor of the man’s “right to be forgotten.”

While the European Court ruled that the “right to be forgotten” is limited and should not be used to make “prominent people less prominent or criminals less criminal” other courts have enforced the digital right more broadly. A Japanese court stirred up controversy when it recognized a convicted child sex offender’s “right to be forgotten.” The court ruled that in spite of his crimes, the man should be allowed to rehabilitate his life “unhindered.”

Digital legacies have come to define people in life and in death. As long as the law continues to lag behind technology (it likely always will), questions of who controls online reputations remain points of fierce contention.

Callum Cleary
Callum is an editorial intern at Law Street. He is from Portland OR by way of the United Kingdom. He is a senior at American University double majoring in International Studies and Philosophy with a focus on social justice in Latin America. Contact Callum at Staff@LawStreetMedia.com.
Share:
Related ItemsDigital LegacyDigital RightsEuropean CourtEuropean Court of JusticeFacebookGermanyLegacy Contact