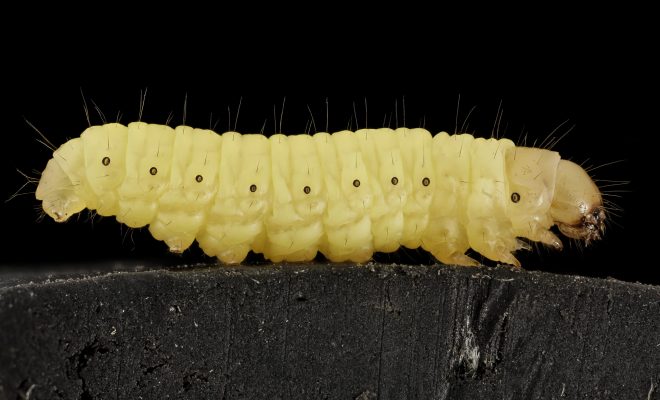 Could This Caterpillar Help Solve one of the World’s Pollution Problems?

Researchers may have found a solution to the problem of plastic pollution–a caterpillar’s larvae that have the very unusual ability to digest plastic. A new study published on Monday describes how the larvae work.

The specific type of caterpillar is called the wax worm, which is the larvae form of the greater wax moth. The larvae are normally used as fishing bait. Because they can chew and digest beeswax, they are commonly found in beehives. Beekeepers consider them a pest, which that is how the larvae’s ability was discovered.

Federica Bertocchini, a scientist with the Spanish National Research Council, also keeps bees as a hobby. After removing wax worms from her beehives she realized they managed to chew their way out of the plastic bag she kept them in. After conducting an experiment, Bertocchini and her counterparts at the University of Cambridge, Paolo Bombelli and Christopher J. Howe, confirmed that the larvae did actually digest the plastic and were not simply chewing it into smaller parts.

To determine that, they put the larvae in a blender and spread the paste out on plastic. Because the plastic continued to degrade even when dead larvae were lying on it, the scientists believe that an enzyme in the insects is likely responsible. They could not determine whether the worms produce the enzyme or if it’s made by the bacteria in their gut, but they did see that something broke down the plastic into smaller molecules. Beeswax is composed of a very diverse mix of lipids and it’s likely that the breaking down of polyethylene, the most common plastic, involves a similar chemical process.

The world produces 300 million tons of plastic every year, much of which ends up in landfills or in the ocean, often hurting wild animals. If a caterpillar could be used to stop some of this or if the chemical process can be replicated, it would be a major breakthrough. Bertocchini said of the discovery:

We are planning to implement this finding into a viable way to get rid of plastic waste, working towards a solution to save our oceans, rivers, and all the environment from the unavoidable consequences of plastic accumulation.

The researchers said that, ideally, they would be able to isolate the specific chemicals in the worms that break down the plastic and then insert it into bacteria that could break down plastic faster than worms can. However, they warned that such an accomplishment would take several years even if they are successful, it probably won’t solve the world’s plastic problem altogether. But it is a step in the right direction.

Read more: What Really Happens to Your Trash?

Emma Von Zeipel
Emma Von Zeipel is a staff writer at Law Street Media. She is originally from one of the islands of Stockholm, Sweden. After working for Democratic Voice of Burma in Thailand, she ended up in New York City. She has a BA in journalism from Stockholm University and is passionate about human rights, good books, horses, and European chocolate. Contact Emma at EVonZeipel@LawStreetMedia.com.
Share:
Related ItemsCaterpillarPlasticPollutionResearchWaste