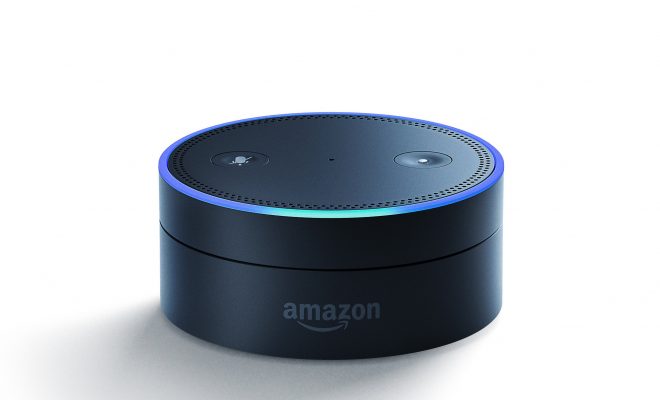 Are Your Conversations with Alexa Protected by the First Amendment?

“Alexa, is your speech protected by the First Amendment?”

Amazon says yes, specifically regarding a murder trial in which authorities are trying to access recordings from one of its devices owned by the defendant.

The case involves an Arkansas man named James Andrew Bates, who police suspect murdered his friend Victor Collins after Collins was found dead in Bates’ hot tub in 2015. They obtained a search warrant for 48 hours of audio recorded by Bates’ Amazon Echo speaker around the time of Collins’ death.

Though Amazon has provided authorities with Bates’ subscriber information, they are challenging the warrant for the Echo data on constitutional grounds.

An Amazon Echo is a cylindrical speaker that can be linked to an artificially intelligent personal assistant called Alexa, whose voice plays over the speaker. Similar to how Siri functions, when a user activates Alexa by saying its name (or another “wake word”), they can ask it to answer questions, play music, send messages, or order food delivery.

Amazon first released the Echo in 2014, but the gadget has become more popular in the past year, topping the list of holiday season best-sellers and appearing in the company’s first-ever Super Bowl commercial in 2016.

In a 91-page memorandum to an Arkansas circuit court seeking to quash the warrant, the company’s lawyers wrote that both a user’s requests to Alexa and its response are protected by the First Amendment, and that handing over this information to the government would violate its customers’ privacy.

Citing the Supreme Court case Riley v. California, which determined that digital information on a cell phone could not be seized without a warrant, the legal team argued:

Once the Echo device detects the wake word, the Alexa Voice Service endeavors to respond to any ensuing voice communications detected in the user’s home. Accordingly, searching Alexa’s recordings is not the same as searching a drawer, a pocket, or a glove compartment. Like cell phones, such modern ‘smart’ electronic devices contain a multitude of data that can ‘reveal much more in combination than any isolated record,’ allowing those with access to it to reconstruct ‘[t]he sum of an individual’s private life.’ Riley v. California, 134 S. Ct. 2473, 2489 (2014).

The case reflects a growing trend of law enforcement clashing with technology giants. Following the 2015 San Bernardino attacks, the FBI ordered Apple to create a software that would allow it to uncover encrypted information on one of the shooter’s phones. Apple fought back with the assertion that providing the government with the key to one phone would endanger the security of all iPhones. Furthermore, the company said that forcing its engineers to write code for such a software would be classified as compelled speech, a violation of the First Amendment. Ultimately, the FBI found a third party to unlock the phone for them.

Victoria Sheridan
Victoria is an editorial intern at Law Street. She is a senior journalism major and French minor at George Washington University. She’s also an editor at GW’s student newspaper, The Hatchet. In her free time, she is either traveling or planning her next trip abroad. Contact Victoria at VSheridan@LawStreetMedia.com.
Share:
Related ItemsAlexaAmazonamazon alexaamazon echoechoFirst AmendmentFree Speech