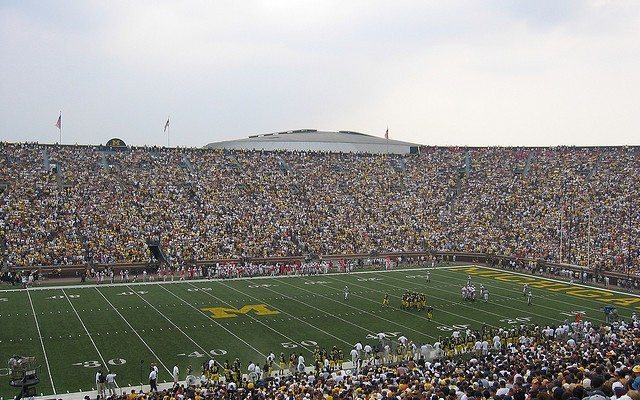 Watch the Throne: Who Succeeds if the NCAA Loses Power?

The National Collegiate Athletic Association (NCAA) has ruled college athletics in a manner that would make dictators green with envy, and each decade under its rule seemed to indicate the increased power they’ve gained. In 1976 the association was entrusted with the authority to penalize schools directly. In 1988, the Supreme Court held that despite its quasi-governmental makeup, the NCAA was not a state actor and therefore need not provide procedural due process. Throughout the nineties and into the present day, the NCAA brokered broadcasting deals for more and more money, resulting in a body that generated more than $750 million as of 2013.  But as any powerful politician knows, you can’t stay on top forever.

On August 8, 2014, Judge Claudia Wilken of the Northern District of California held in O’Bannon vs. NCAA that the NCAA’s current structure violates federal antitrust law. Specifically, Judge Wilken found that the NCAA can’t forbid schools from providing marginal compensation to their student athletes. For now, the ruling only approves of a $5,000 yearly allowance to an eligible NCAA basketball or football player’s trust fund. But the old guard should be nervous, as this decision is just one of several recent (and well-designed) attempts to wrestle power away from the NCAA. Earlier this year, Northwestern University football players successfully petitioned the NLRB to form a players union. Around the same time, famed labor lawyer Jeffrey Kessler filed suit against the NCAA, which essentially seeks to remove all caps on a college athlete’s earning capacity. Some journalists have indicated this is the beginning of the endfor the NCAA, but if that’s so, what lies ahead?

The good news is that courts are unlikely to reverse the advances made by the students. The NCAA has already indicated its plan to appeal O’Bannon, but since the Ninth Circuit is generally labor friendly, it’s unlikely the decision will be overturned at the next stage.

A reversal at the Supreme Court isn’t likely either. Despite a recent trend of being generally unfriendly to labor (e.g., this and this), SCOTUS is unlikely to decide O’Bannon purely on employment/labor law grounds. O’Bannon is an antitrust case, and plaintiffs in antitrust cases generally argue to oust a singular bully and restore free market principles. This is a notion most friends-of-management favor, perhaps especially in the Supreme Court’s case considering they’ve restored free market principles against the NCAA in the past.

The bad news for the student-athlete revolution is that their respective schools may have conflicting interests, and they may continue to thwart any effort to provide meaningful pay to students. Not too long ago the NCAA attempted to pass a resolution whereby student-athletes would get a stipend in addition to their scholarships. The schools, not the NCAA, pushed back against the idea.  Essentially, the schools that generated less sports-related revenue believed they would be unfairly burdened if they were forced to offer stipends in equal proportion to money makers like Texas and Wisconsin, especially after considering Title IX funding requirements.

Okay, so tax-paying Americans live with a progressive income tax rather than a flat tax, why can’t NCAA schools construct something similar with regard to student-athlete trust funds? Because the aforementioned money makers in college sports are already positioning themselves to avoid it. The day before the O’Bannon decision came down, the NCAA voted to allow the richest schools in D-I sports to have more autonomy. The autonomy could enable big schools to provide their students with more financial aid and could allow students to receive money through other pursuits (something former Colorado receiver Jeremy Bloom would have enjoyed).

So why would the NCAA do this? Because the NCAA was a puppet government all along, man. Unlike sports oligarch FIFA, the NCAA doesn’t have a lot of disposable income. Ninety-six percent of its annual revenue is returned to charter schools, which is disproportionately given to the moneymakers of football and basketball. This money, AKA leverage, forced the hands of the NCAA and smaller schools to vote for the power-five conference autonomy, because they were scared the big schools would split off and create their own league.

In sum, the students won the day on August 8, but the real war could pit wealthy schools against not-so-wealthy schools. And in the end, the tyranny felt under the NCAA may not compare to the misery that the students and administrators of less fortunate schools feel when they try to compete against the power brokers of college sports. But ya know, viva la revolution.