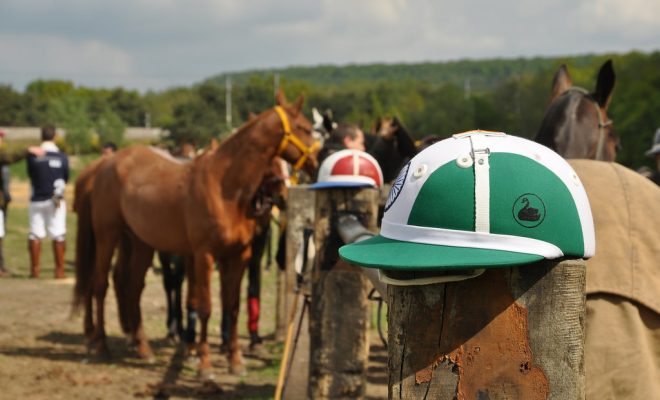 A 19-year-old college student just made history by becoming the first black woman to play in a top-tier polo tournament. Shariah Harris plays on Cornell’s college polo team; she and her teammates got all the way to the national semifinals this year.

But on Friday, Harris was part of the Postage Stamp Farm team in the Silver Cup tournament at Greenwich Polo Club in Connecticut.

Harris’ love for riding began when her mother got lost while they were driving 12 years ago. They ended up at a farm in Fairmount Park, Philadelphia, where the nonprofit program Work to Ride happened to be based. This program lets children from low-income households learn how to ride and perform in equestrian sports. Harris very quickly became a star.

As her mother was a single parent with three children, this was an awesome opportunity for Harris to learn equestrian sports. But it’s not all fun and games. To take part in the program, the kids had to muck the stables, take care of the horses, and often perform other tasks like maintaining the facilities. They also needed to keep certain grades to remain qualified for the program. Harris not only became a pro on horseback, but also received a scholarship to Cornell University.

When Harris traveled to Argentina to play polo, she met Annabelle Garrett, the owner of the Postage Stamp Farm team, as well as a player. Earlier this year, Garrett injured her back and got in touch with Harris to ask her to take her spot on the four-person team for the upcoming tournament in Greenwich. About Harris, she said, “She’s absolutely a pioneer. This is a white-male-dominated sport. This is 100 percent groundbreaking. And she can ride.”

Although what Harris is doing is groundbreaking, it hasn’t come without hurdles. Polo is traditionally a male-dominated sport, and women have only recently begun to participate. In the 1950s, Sue Sally Hale played, but she pretended to be a man and wore a fake mustache to be able to participate. Hale played in a disguise for 20 years, and in 1972, women players were finally allowed. In 2000, her daughter Sunny Hale became the first woman to compete for a winning team in the US Open.

Harris said that she has met some racism in the form of inappropriate comments, whispers, and stares. But she also said, “If me playing will mean opportunities to play for other kids like me, then I’m perfectly happy to be breaking down doors. I just keep quiet, put on my boots and go out and play.”

Emma Von Zeipel
Emma Von Zeipel is a staff writer at Law Street Media. She is originally from one of the islands of Stockholm, Sweden. After working for Democratic Voice of Burma in Thailand, she ended up in New York City. She has a BA in journalism from Stockholm University and is passionate about human rights, good books, horses, and European chocolate. Contact Emma at EVonZeipel@LawStreetMedia.com.
Share:
Related ItemsBlack WomenCornellEquestrian SportsPoloShariah HarrisSports