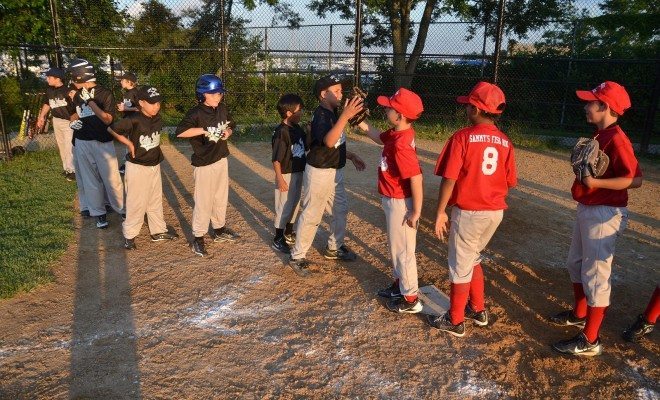 On August 20, 5 million people tuned in to watch a summer baseball game, a pretty impressive figure considering MLB playoffs don’t begin until October. Now consider that those numbers aren’t for major league baseball or even college, but for little league baseball. Last Wednesday, 13-year-old Mo’ne Davis and her Philadelphia team battled and lost admirably to their Las Vegas counterpart, the latest event in a string of brushes with early fame. Sports fans and parents alike seem to endorse little league baseball, but one has to wonder: in an age when amateurism is being redefined at the collegiate level, will the public ever find little league baseball to be exploitative?

Like college football, little league baseball has seen a relatively quick surge in revenue. In 2012, even before Mo’ne Davis took America by storm, Little League Inc. had assets of nearly $85 million. Also like college football, the players are not the ones collecting the revenue. A majority of the revenue generated is used to maintain the Little League headquarters in Williamsport, Pennsylvania, as well as the domestic regional offices and the international facilities in Canada, Hong Kong, and Poland.

As the NCAA can attest, if organizational revenue increases from television contracts while players remain unpaid, some may declare the league exploitative. But Little League, Inc. can rest assured knowing its players won’t be seeking the same redress as current or former college athletes. For starters, Little League, Inc. hasn’t sold its athletes’ rights to merchandisers. The NCAA did, and that was generally what the recently decided O’Bannon v. NCAA was all about.

Secondly, the best college athletes not only earn their organizations money, they do so in lieu of their own earnings. Star athletes in basketball, football, hockey, and baseball often choose between college or receiving compensation from a domestic or foreign league. In 2008, NBA point guard Brandon Jennings chose to play professional basketball in Italy rather than play college basketball in the U.S. Mo’ne Davis et al., as entertaining as they may be, do not have similar opportunities considering minors lack the traditional capacity to contract in the United States, and child labor, even in Europe, is frowned upon.

Although it shouldn’t worry about being sued by its players, Little League Inc. might have to worry about its volunteers. Behind the play of child stars stands 1.25 million non-paid volunteers who ensure little league games are run effectively. Think it’s unlikely they would sue after volunteering to work for no money? So too, most likely, did Major League Baseball. So too, most likely, did several media giants in NYC.

Can all volunteers now sue their “employer,” even if it’s a non-profit? Is anything keeping Americorps and Salvation Army volunteers from suing those establishments? Not exactly. The Southern District of New York held fairly recently in a suit brought by Fox Searchlight Studio interns that the unpaid’s legal status generally depends on the motivation of the organization using them. Fox was found to be using interns in lieu of employees, and it was mainly to benefit them financially rather than offer experience to the interns. If Little League, Inc. keeps expanding its volunteer base in order to continue generating revenue, then it too may be thrown a curve ball.