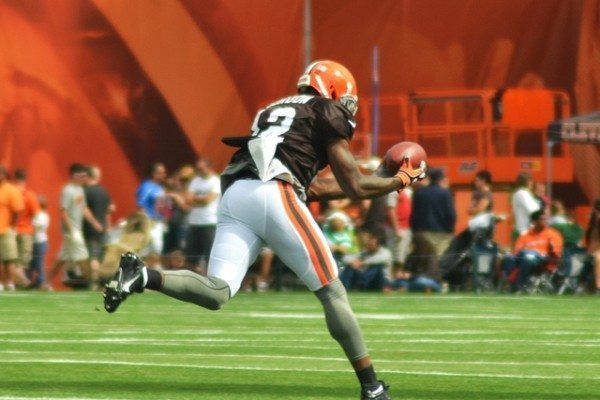 Enough with the Draconian Rules on Pot, Man

The NFL’s drug enforcement policy is making news again, this time because the Cleveland Browns’ star receiver, Josh Gordon, failed another drug test for allegedly smoking marijuana. The Browns are now likely to be without Gordon for the entire 2014-2015 season because the League’s Policy and Program for Substance Abuse (a cleverly couched title for a lengthy drug rulebook) imposes a one-year banishment from the league as the minimum penalty for stage three infractions.  Much like a judicial body, the NFL and a few other leagues have devised a lengthy program to curb drug use. Unlike a judicial body, however, the NFL is not a tax-payer funded institution entrusted to balance the punishment and rehabilitation of society. So why do they try? It probably has to do with image. Drug-using players make for poor role models, which is why the issue remains uncontentious between player unions and ownership (at least compared to wages). But with public opinion changing and player drug-use actually elevating, it’s probably time to relax the rules with regard to weed.

The League should remove marijuana from its drug policy list of controlled substances because the public doesn’t care if athletes smoke weed. A majority of Americans now support efforts to legalize marijuana, and 18 states have decriminalized non-medical marijuana possession. Will Sports Illustrated for Kids soon be posting pictures of Johnny Manziel on its cover smoking a joint? Probably not, but it’s already pretty clear that not all pictures of athletes exude professionalism.

Athletes who use marijuana also don’t hurt their game. Several athletes have admitted to smoking marijuana, even those who rely on lung capacity. If weed cost them a competitive edge and consequently money, why would they continue to smoke?

League drug policies aren’t curbing drug use either. In 2000, marijuana use among NBA players was reported to be small. Now, reports have used the word ubiquitous to describe the prevalence of smoking pot. The drug’s popularity is likely what prompted Arizona Cardinals cornerback Antonio Cromartie to exclaim that penalizing the drug serves no punitive function. Besides, leagues that haven’t penalized marijuana use, such as the NHL, have remained competitive and are not yet overrun with Jeffrey Lebowskis on ice.