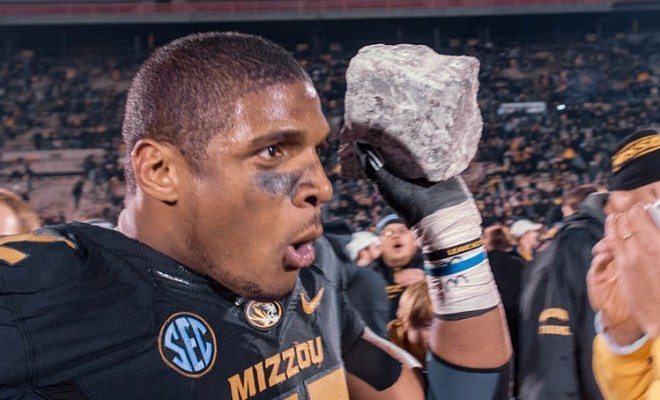 2 Laws That Could Encourage More Michael Sams to Come Out

NFL prospect Michael Sam revealed to the public this week that he is gay. Sam’s decision is undoubtedly brave; if drafted (and he probably will be), he will be the first openly gay male professional athlete in a sport that manufactures traditional male stereotypes. But Sam is no stranger to bravery or to breaking stereotypes. Michael Sam was the first member of his family to attend college, and one of the few children of JoAnn Sam not to clash with law enforcement. Since Sam is used to breaking molds, he may not have needed legal protections to come out. But if we want to enable his choice in more workplaces, two laws could prompt similar behavior.

1. The Employment Non-Discrimination Act (ENDA): ENDA is a federal bill that would prohibit employment discrimination on the basis of sexual orientation or gender identity by employers with at least 15 employees. If enacted, ENDA would prohibit employers, employment agencies, and labor unions from using an individual’s sexual orientation or gender identity for decisions such as hiring, firing, promotion, or compensation (read the Human Rights Campaign’s breakdown of the law here). Despite the growing support for ENDA, Govtrack.us gives the bill only a 14 percent chance of becoming law.  Without it, many LGBT employees could face the painful dilemma of lying to co-workers about their identities or risk losing their employment (although it’s worth noting that 21 states plus the District of Columbia have adopted similar laws). ENDA does have friends in Washington however, and is rumored to become law for federal contractors through executive order.

Michael Sam’s revelation fortunately lacked the backlash that many expected. Sam’s former teammates on the Missouri Tigers supported him when he privately came out, and several prominent athletes showed support for Sam when he  revealed the news publicly. But tolerance can be fleeting, and Sam’s journey is just beginning.  With laws in place to protect LGBT individuals from workplace discrimination or harassment, his journey is more likely to have a happy ending, and more likely to prompt others to follow in his cleat prints.