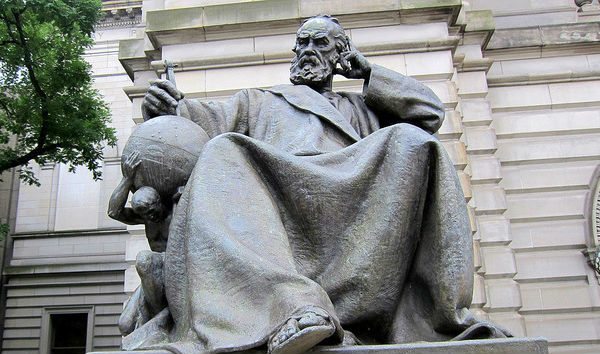 The Role of Religion in Scientific Innovation

Conflict between religion and science is nothing new; starting in the seventeenth century, Enlightenment philosophers began to criticize religious traditions in favor of strict reasoning and the scientific method. More recently, a study led by Princeton economist Roland Bénabou argues that highly religious states lack scientific innovation. Controlling for factors such as per capita GDP, education, and foreign direct investment reveals the persistent obstacles to innovation that religion imposes. Measuring by the number of patents filed, countries — and even American states — show “a strong negative relationship” between religion and scientific innovation.

This study is vital to understanding the nature of religion in society and public life. Unfortunately, the scope and rigor of the research give credence to the claim that religion can be an impediment to progress. Considering that religion will not, and should not, go away any time soon, how do we reconcile its tendency to block scientific innovation with its importance in civilization? Full disclosure, I can’t say that I know the answer, but here are a few things to keep in mind.

First, this study may evoke concern about religion’s place in politics  But if we ignore religion in our politics and shove it to the margins of public discourse, the religious issues that we encounter won’t suddenly disappear. Instead, they will remain pervasive without an open forum for solutions and compromises. This study should, if nothing else, inspire us to bring religion into public discourse so that our leaders can foster open scientific inquiry. The study even cites the beginning of Islam’s spread and the “initial willingness of Muslim leaders to engage with logic and rational sciences.” Although opposition to such innovation was soon after opposed, progress was made “in chemistry and in medicine, and the use of the experimental method became widespread.”

Indeed, throughout much of ancient and modern human history, religious institutions have actively supported scientific endeavors. For centuries, throughout Europe and the Middle East, almost all universities and other institutions of learning were religiously affiliated, and many scientists, including astronomer Nicolaus Copernicus and biologist Gregor Mendel (known as the father of genetics), were men of the cloth. Others, including Galileo, physicist Sir Isaac Newton and astronomer Johannes Kepler, were deeply devout and often viewed their work as a way to illuminate God’s creation.

Further, we should remember that patents in modern technology are not the only measure of societal progress. Research in sociology suggests that religion actually played a key role in the development of communities. New York University professor Jonathan Haidt examines some of the most important sociological development theories in his book, The Righteous Mind. He discusses how, evolutionarily, humans “have a few group-related adaptations” along with those that natural selection gave us on the level of the individual. Religion helps progress “gene-culture coevolution,” forging stronger groups and communities through cultural and genetic evolution. As Haidt writes, “religious practices have been binding our ancestors into groups for tens of thousands of years.”

Undoubtedly, scientific innovations and technological advancements are key to growth; be it economic development or further cultural tolerance, science and reason can be powerful forces for development. That being said, the ancient communities that evolved into today’s great nations are indebted to religion’s role in bolstering their abilities to cooperate. So, while religiosity can be an obstacle for technological innovation, it has historically been a force for creating strong moral communities and binding groups together.

Choosing one way to measure how a state or society advances can help us track progress, but it is dangerous to ignore other metrics for understanding human development. We should keep in mind the positive effects of religion, and not declare it unfit for political discussion. Our rational discourse and scientific creativity would suffer from doing so.

Jake Ephros (@JakeEphros) is a native of Montclair, New Jersey where he volunteered for political campaigns from a young age. He studies Political Science, Economics, and Philosophy at American University and is looks forward to a career built around political activism, through journalism, organizing, or the government.

Jake Ephros
Jake Ephros is a native of Montclair, New Jersey where he volunteered for political campaigns from a young age. He studies Political Science, Economics, and Philosophy at American University and looks forward to a career built around political activism, through journalism, organizing, or the government. Contact Jake at staff@LawStreetMedia.com.
Share:
Related ItemsCultureGalileoGregor MendelInnovationIsaac NewtonJohannes KeplerNicolaus CopernicusNYUPewPrincetonReligionReligious SocietyScienceSocietyStudyUSA