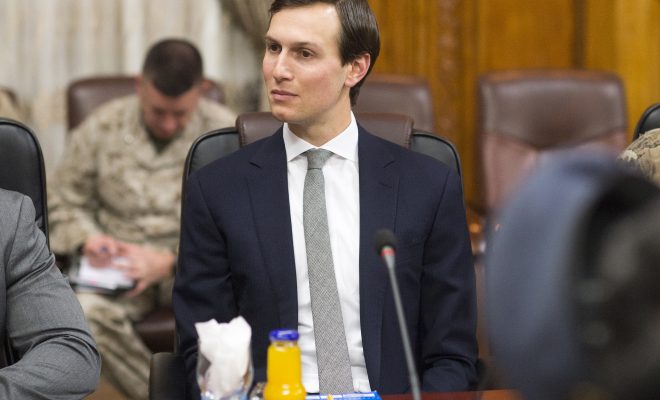 Image courtesy of Chairman of the Joint Chiefs of Staff; License:  (CC BY 2.0)

Angela Merkel Implies that Europe Can No Longer Rely on the U.S.

After his recent trip, some European leaders seem a little sick of President Donald Trump. German Chancellor Angela Merkel recently hinted, without specifically mentioning Trump’s name, that European countries can no longer consider the U.S. a reliable ally. During a rally held inside a Bavarian beer tent on Sunday, she said, “The times in which we can fully count on others are somewhat over, as I have experienced in the past few days.” She added that Europe “really must take our fate into our own hands.”

Frmr CIA Dir McLaughlin: Trump creating rift w/ Germany and Europe “is one of the most damaging things I have seen in…years and years.”

During his visit to Europe, Trump said he might pull the U.S. out of the Paris climate agreement–the most unified effort to combat climate change to date. Trump has also expressed support for Brexit and encouraged other countries in the European Union to explore leaving the coalition. As a result, many Europeans see Trump as a potential threat to regional stability. But now it seems like his recent comments and behavior in Europe could actually unite Europe–even Merkel’s rivals in the upcoming national elections have supported her response. This morning, Trump hit back against Germany with a tweet (of course).

We have a MASSIVE trade deficit with Germany, plus they pay FAR LESS than they should on NATO & military. Very bad for U.S. This will change

Emma Von Zeipel
Emma Von Zeipel is a staff writer at Law Street Media. She is originally from one of the islands of Stockholm, Sweden. After working for Democratic Voice of Burma in Thailand, she ended up in New York City. She has a BA in journalism from Stockholm University and is passionate about human rights, good books, horses, and European chocolate. Contact Emma at EVonZeipel@LawStreetMedia.com.
Share:
Related ItemsAngela MerkelBombingDonald TrumpGermanyIndy 500IraqISISJared KushnerMemorial DayPortlandRussiaStabbingTrumpWhite Supremacy