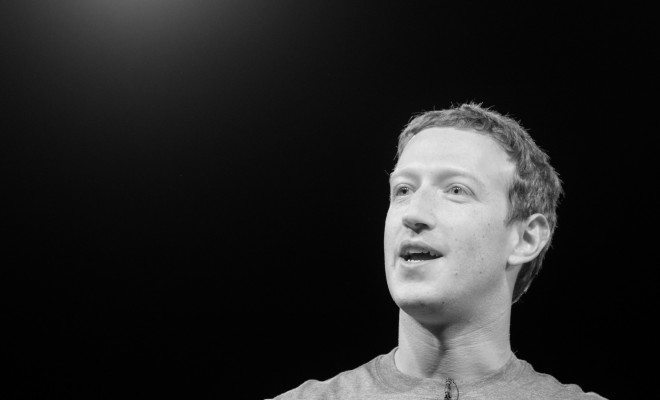 People are Pissed at Facebook Over Supposed Suppression of Conservative News

You know that trending news section on Facebook? It’s on the top right side of your feed and highlights the breaking news each day. Well former Facebook workers are now claiming that they were told to “artifically manipulate” what shows up in the trending news feature, with a favoritism given to more liberal news. They also claim that they were told to blacklist conservative sites and sources. But Facebook is hardcore denying that anything of the sort ever happened, and ironically, Facebook’s “trending news controversy” is trending on Facebook right now.

Samantha Bee, host of “Full Frontal with Samantha Bee” had a lot of fun with Ted Cruz’s presidential run. But now that Cruz has officially dropped out, the show needed to bid goodbye to its favorite punching bag. And in true Samantha Bee fashion, she said that goodbye with quite a fantastic and hilarious sendoff.

Carry on, Bee. We can’t wait to see what you do with the rest of this crazy election cycle.

16 female, black cadets at West Point under scrutiny for photo with clenched fists in the air. https://t.co/mOcL32p5bL

Sixteen African-American women graduating from West Point are in hot water over a photo that features them raising their fists. The school is investigating the photo, and comparisons are being made to the girls’ actions and the Black Lives Matter movement. While that doesn’t seem like a big deal, West Point expressly forbids expressing political opinions while representing the school. But the women claim that their gestures were just celebratory. So who’s right? We’ll have to see if the school ends up disciplining the students but people on both sides of the debate are pretty mad.

North Carolina’s bathroom bill has royally pissed off the DOJ, and now both sides are suing each other. It all started when the DOJ gave NC Governor Pat McCrory until yesterday to begin to remedy the new anti-LGBT policies, which the DOJ believes to be discriminatory. McCrory asked for more time, and when he was refused, sued the DOJ. Now the DOJ has filed a civil rights lawsuit against the state. Check out Attorney General Loretta Lynch’s epically badass speech on the subject:

Jon Stewart may be retired from the “Daily Show” but that doesn’t mean he’s done going with his scathing social commentary. On David Axelrod’s CNN podcast Stewart said:

He’s a man baby. He has the physical countenance of a man and a baby’s temperament and hands. … (Vanity Fair editor) Graydon Carter did a joke about Donald Trump’s hands 25 years ago, he’s still not f—ing over it.

So…here’s what I’m guessing Trump’s reaction will be: