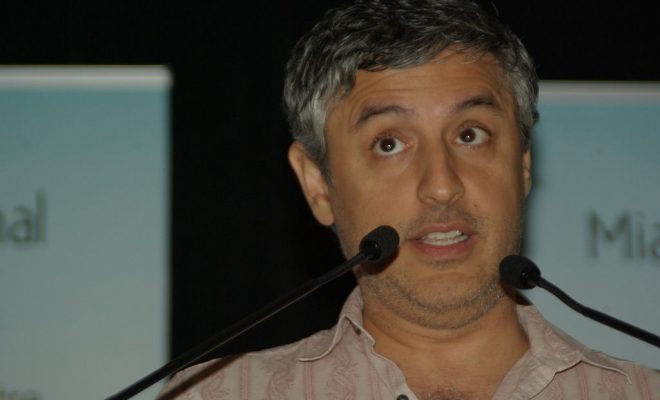 On Saturday, Donald Trump claimed, without stating any evidence, that former President Barack Obama wiretapped his phones at Trump Tower throughout the month before the election. On Twitter, Trump called Obama a “Bad (or sick) guy!” He didn’t say where he got the information, but similar allegations circulated on a conservative radio show and Breitbart the day before. A spokesperson for Obama said the allegation was “simply false.” Then yesterday, the White House demanded a congressional inquiry into the matter. A statement from Sean Spicer called “reports” about it “very troubling,” but he said that the White House would make no further comment until after an investigation is concluded.

There are no credible public sources for this, only Trump’s assertions. And he seems not to have checked w 17 Intel agencies-just Breitbart https://t.co/XnP3NGNZpw

These are pretty serious allegations, and it’s important to note that a president doesn’t have the power to just order a wiretapping by himself–requests would normally have to go through the FBI and be approved by a judge. Later on Sunday, FBI Director James Comey asked the Justice Department to publicly reject Trump’s claims, as he is implying that the FBI and Obama potentially broke the law. But the DOJ has been silent and now people are wondering if this is all just a way to divert our attention away from something else.

Emma Von Zeipel
Emma Von Zeipel is a staff writer at Law Street Media. She is originally from one of the islands of Stockholm, Sweden. After working for Democratic Voice of Burma in Thailand, she ended up in New York City. She has a BA in journalism from Stockholm University and is passionate about human rights, good books, horses, and European chocolate. Contact Emma at EVonZeipel@LawStreetMedia.com.
Share:
Related ItemsBeauty and the BeastDonald TrumpGreyballObamaReza AslanRoger StoneTrumpTwitterUber