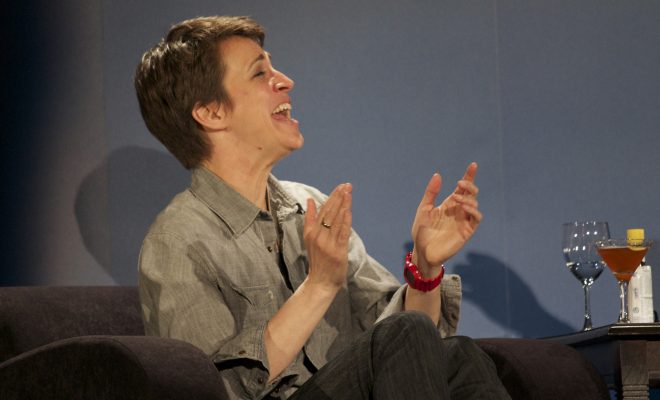 Last night, MSNBC’s Rachel Maddow stirred up excitement when she tweeted ahead of her show that she had access to President Donald Trump’s tax returns. It turned out that she only had two pages of them, from 2005. These documents showed that the president paid $38 million in taxes on an income of $150 million. He also wrote off $103 million in “business losses.” MSNBC got the documents from financial reporter David Cay Johnston, who has written a book about Trump. Someone sent them to him anonymously by mail.

Does anybody really believe that a reporter, who nobody ever heard of, “went to his mailbox” and found my tax returns? @NBCNews FAKE NEWS!

The documents don’t really say much, except that Trump did pay taxes, largely thanks to the alternative minimum tax, a policy that stops the richest Americans from using deductions to avoid paying income taxes. Trump argued against this policy on the campaign trail.

Now people are calling for all of Trump’s tax returns to be released and are wondering why anyone would bother leaking a document that makes the president look kind of good. Johnston said he had no idea who sent them, but mused that they might even have been sent by Trump’s team to distract from other negative news, like the CBO predictions for the new healthcare bill.

Emma Von Zeipel
Emma Von Zeipel is a staff writer at Law Street Media. She is originally from one of the islands of Stockholm, Sweden. After working for Democratic Voice of Burma in Thailand, she ended up in New York City. She has a BA in journalism from Stockholm University and is passionate about human rights, good books, horses, and European chocolate. Contact Emma at EVonZeipel@LawStreetMedia.com.
Share:
Related ItemsHeadscarvesMuslimRachel MaddowSaudi ArabiaSnoop DogTax ReturnsTrump