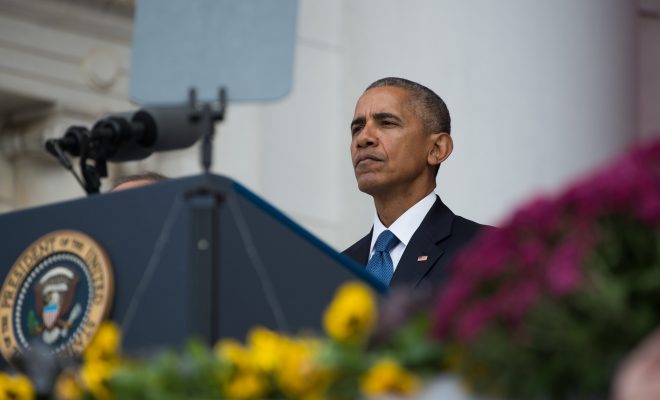 Last night, Obama gave his last speech as POTUS, and today, Trump held his first news conference in 167 days. Read on to find out what they said! Welcome to RantCrush Top 5, where we take you through today’s top five controversial stories in the world of law and policy. Who’s ranting and raving right now? Check it out below:

Last night, President Barack Obama gave his last speech before leaving the White House, and it’s safe to say that there was not a dry eye in the place. Though he admitted that his job hasn’t been easy, and that he’s seen a lot of setbacks, he hasn’t lost hope. Obama urged his supporters to not give in to fear, guard their values, and be open-minded. The crowd cheered loudly enough to drown out his words, and when he paid tribute to Michelle, many people stood up. “You took on a role you didn’t ask for and made it your own with grace and grit and style and good humor,” he said, wiping his eyes. And of course he mentioned his BFF, VP Joe Biden, and said, “You were the first decision I made as a nominee, and it was the best, not just because you have been a great Vice President, but because in the bargain I gained a brother.”

But where was his youngest daughter, Sasha, during all of this? It turns out that she missed the speech because it was a school night and she had a test in the morning. Now that’s discipline!

#WhereIsSasha Hopefully blocking the driveway to the White House pic.twitter.com/NodjX8x4tB

Emma Von Zeipel
Emma Von Zeipel is a staff writer at Law Street Media. She is originally from one of the islands of Stockholm, Sweden. After working for Democratic Voice of Burma in Thailand, she ended up in New York City. She has a BA in journalism from Stockholm University and is passionate about human rights, good books, horses, and European chocolate. Contact Emma at EVonZeipel@LawStreetMedia.com.
Share:
Related ItemsBarack ObamaDonald TrumpDylann RoofJeff SessionsKKKRantCrushRapeViolence