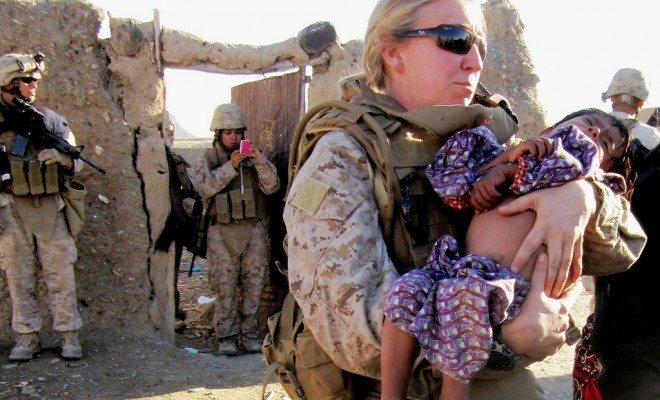 Women May Be Required to Register for the Draft

An amendment to the House’s annual defense authorization bill could require women to register for the draft in upcoming years. If passed, the amendment would require both men and women to register for Selective Service when they reach the age of 18. The amendment to this bill comes in the wake of a change in military policy to get rid of any gender-based restrictions on front-line combat.

This amendment was proposed by Senator Duncan Hunter, a Republican from California, in an attempt to start a discussion about the lifted gender restrictions on military service. Interestingly enough, he does not support women being in the front lines of duty or being drafted in the military. The only reason he raised this amendment was to get a conversation started in Congress about this policy because Hunter does not believe that the executive branch should be making decisions about American defense policy.

In order to convince members of Congress not to vote for the amendment, Hunter gave a speech that involved a lot of rhetoric about the dangers of war. This speech included phrases like “a draft is there to put bodies on the front lines to take the hill” and “the draft is there to get more people to rip the enemies’ throats out and kill them.” Hunter’s intent with this speech was to use graphic imagery as a way to dissuade people from voting for the amendment.

Unfortunately for Hunter, his plan didn’t go as well as expected. Several representatives spoke up in favor of the amendment after it was suggested. Representative Jackie Speier, a Democrat from California, had a lot to say:

I actually think if we want equality in this country, if we want women to be treated precisely like men are treated and that they should not be discriminated against, we should be willing to support a universal conscription.

She believes that “there’s great merit in recognizing that each of us have an obligation to be willing to serve our country in a time of war.”

Even Senator John McCain spoke up in favor of including women in the draft, saying that:

As far as [he’s] concerned, if we’re going to put women into combat roles then that’s certainly logical, but [he’d] like to consult with the committee.

It’s obviously important to look at the whole picture when deciding on a policy change that could affect a lot of people across the country. To be fair, the draft hasn’t been used in over four decades since it was used to compile an army during the Vietnam War. People high up in the military claim that the likelihood of the draft being used any time soon, if at all, is pretty slim. The good news is that even the consideration of the amendment is a step forward in terms of gender equality. Women now have more rights than ever in the military, an accomplishment that should be celebrated.

Alexandra Simone
Alex Simone is an Editorial Senior Fellow at Law Street and a student at The George Washington University, studying Political Science. She is passionate about law and government, but also enjoys the finer things in life like watching crime dramas and enjoying a nice DC brunch. Contact Alex at ASimone@LawStreetmedia.com
Share:
Related ItemsDraftEqualityMilitaryWomenWomen in the Military