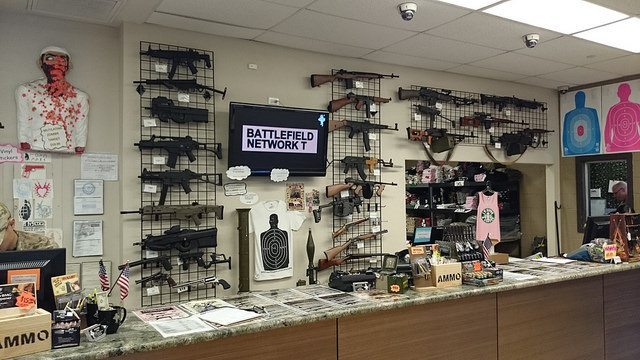 A week after the worst mass shooting in U.S. history, with 49 people murdered at Pulse Nightclub in Orlando and days after Senator Chris Murphy’s (D-Connecticut) 15 hour gun control filibuster, the Senate will vote tonight on four gun control proposals.

The Grassley amendment seeks to improve the NICS to notify law enforcement if somebody who has been investigated for terrorism by the FBI within the last five years attempts to buy a gun. The amendment also seeks to clarify language and documentation on mental health that would bar some from obtaining guns.

Also known as the “no fly, no buy” amendment, Feinstein’s proposal would allow the attorney general to deny gun sales with “reasonable belief” that the buyer is connected to terrorism. This lower standard than “probable cause” extends beyond the “no-fly” watch list.

The Cornyn amendment allows up to a 72-hour wait period for individuals on terrorism watch lists who attempt to buy guns. This amendment is supported by the NRA.

The Democratic priority at this point is to close background check loopholes included in sales at gun shows, online sales, and more, the Cornyn and Grassley amendments have been chastised as not doing nearly enough. Further, the focus on barring individuals suspected of terrorism from buying guns is important but, frankly, does not address the problem behind the remarkably high number of mass shootings in the U.S.

In fact, of the 18 largest mass shootings in U.S. history (each having 10 or more fatalities), only 3  had expected terrorist connections: the Pulse Nightclub shooting, the Fort Hood shooting, and the San Bernardino shooting. These shooters were all self-radicalized and the FBI couldn’t find any connection between them and international terrorist regimes. Further, most recent American mass shooters obtained their guns legally with passed background checks, despite half of them having criminal histories or turbulent mental health backgrounds.

So far we have yet to see legislation that proposes a solution to the “typical” mass shooter in the U.S.: a person working independently due to feelings of anger, vengefulness, and unstable emotions or mental health reform on a larger scale.

The Grassley and Feinstein amendments are more or less misled in their focus on the “terrorism gap,” which hasn’t proven to be prevalent in the U.S. and essentially panders to public fears. The Cornyn amendment offers essentially no solution—does a 72 hour waiting period really work? The Murphy amendment offers imperative safeguards against people who shouldn’t be able to obtain a gun, but, with the NRA and gun rights playing such a pervasive role in Republican politics, will the GOP vote in the public interest?

The Senate vote for these four amendments is scheduled for 5:30 P.M. on Monday.