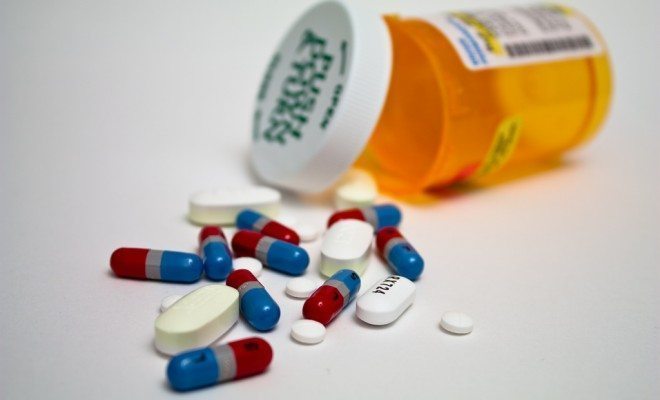 In a rare show of bipartisanship, the Senate managed to pass a bill that would create new block grants for states and government agencies to fund prevention, education, and treatment for opioid addiction. These efforts come as drug overdose deaths reached the highest level in history in 2014, surpassing traffic and gun-related deaths. Opioid overdoses, which involve drugs like prescription painkillers and heroin, make up the majority of drug overdoses and were involved in 28,647 deaths in 2014 based on data from the CDC.

The increase in drug deaths has been driven by a rise in painkiller and heroin overdoses, which were the cause of six in 10 overdose deaths in 2014. Opioid-related deaths have been steadily increasing for over a decade, going up 200 percent since 2000. Heroin overdoses alone tripled between 2010 and 2014.

In light of the epidemic, Congress may now be taking important steps to prevent these deaths. The Comprehensive Addition Recovery Act (CARA) passed the Senate on Thursday with a 94-1 vote. The bill aims to help fund education, treatment, and prevention programs to combat overdose deaths. Senators Sheldon Whitehouse and Rob Portman have done much of the work to push the bill through the Senate and make drug addiction a national priority.

A central goal of CARA is to increase the availability of Naloxone, a life-saving medication that can counter the effects of an overdose. Expanding law enforcement and first responders’ access to Naloxone can have significant effects on efforts to combat overdoses. Based on the CDC’s analysis of Naloxone training programs, between 1996 and 2010 about 53,000 people were trained to use the drug, resulting in over 10,000 overdose reversals.

The bill also prioritizes aid to states with laws that reduce liability for people administering Naloxone, which may encourage states to adopt similar laws in order to encourage responders to use the drug without fear of a lawsuit in the event of complications.

Provisions in CARA also seek to reduce misuse and overprescription of painkillers, which is a large contributor to drug overdoses. The bill would create a task force to issue new standards for painkiller prescription as well as implement safeguards to ensure proper disposal of unused medications to prevent children from accessing them.

One of the most important aspects of the bill is its focus on treatment. Not only would it help increase funding for evidence-based treatment programs, it would also reinforce the idea that drug addiction should be viewed as a disease that should be treated rather than punished. By funding treatment alternatives to incarceration, the bill could help shift drug policy toward efforts that reduce dependency rather than merely penalizing it.

While CARA has broad-based bipartisan support, it still has some challenges. It initially faced difficulty in the Senate after New Hampshire Senator Jeanne Shaheen attempted to add a Democratic-backed amendment calling for $600 million in additional emergency funding. The Republican leadership in the Senate holds that sufficient funding already exists for the legislation. The bill will also need to pass the House, where an identical piece of legislation is currently in committee. Relative to most bills, CARA has a decent chance of passing as it has been well received by both parties and the White House, but election year politics could end up derailing these efforts.