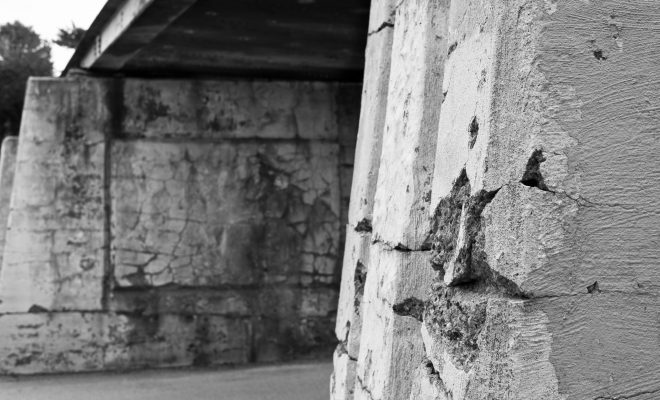 Last week, nearly 200,000 Californians were asked to evacuate their homes after workers at the Oroville Dam noticed the emergency spillway was severely damaged. The spillway was activated in response to rapidly rising water levels in the Oroville reservoir. While the dam was never in danger of collapsing, the failure of a vital failsafe and the subsequent mass evacuation serves as a reminder of the dire state of American infrastructure.

The Oroville Dam overflow is demonstrative of how existing infrastructure is unsuited to changing climatic conditions. Since 2011, the state of California has been battling an intense drought and Oroville was not immune. However, snow melt and heavy rainfall over the past week caused water levels in the Oroville Reservoir to rise rapidly.

There is indisputable causal evidence linking climate change, drought conditions, and floods. According to the Climate Reality Project, as global temperatures rise, the atmosphere is able to hold more moisture at a given time. This leads to less regular but more intense downpours. Infrequent rain leads to more frequent droughts. When downpours finally occur over drought stricken land, the unsaturated soil is unable to absorb the deluge, meaning much of the water simply runs off into streams, rivers, lakes and oceans.

The Oroville Dam incident is just one example of how climate change is expected to exacerbate weather conditions. The Department of Transportation has released a number of reports in which it identifies climate change as a major threat to infrastructure. The country’s crumbling infrastructure is incapable of withstanding extreme weather conditions and future projects must acknowledge these climatic realities. Furthermore, the prioritization of certain infrastructural policies over others could either ease or worsen the effects of anthropogenic climate change.

President Donald Trump’s infrastructure plan promises $1 trillion worth of investment, places an emphasis on mass transit and high speed rail projects, and includes a plan for a modest increase in green energy investment. Nonetheless, the president might struggle to get congressional approval for his plan as it will likely not sit well with some of his fellow Republicans. The Republican establishment has traditionally called for smaller infrastructural spending packages and has resisted the expansion of public transport and green energy projects. Even if Trump’s infrastructure plan gets the green light, any gains made in public transport and green energy are likely to be offset by his overt hostility toward the environment and environmentalist work. The Untied States’ aging infrastructure is unequipped to deal with climate change, and the president refuses to admit climate change is an issue.

While it can be easily ignored, infrastructure shapes everything from socioeconomics to environmental conditions. The Oroville Dam incident reminds us that while investment in infrastructure is a necessity, new projects must not only by equipped to tolerate extreme climatic conditions, but should also work as tools that mitigate anthropogenic environmental impacts.

Callum Cleary
Callum is an editorial intern at Law Street. He is from Portland OR by way of the United Kingdom. He is a senior at American University double majoring in International Studies and Philosophy with a focus on social justice in Latin America. Contact Callum at Staff@LawStreetMedia.com.
Share:
Related ItemsClimate ChangeDonald TrumpEnvironmentInfrastructureOroville DamPublic TransportPublic TransportationSocioeconomicsTrump