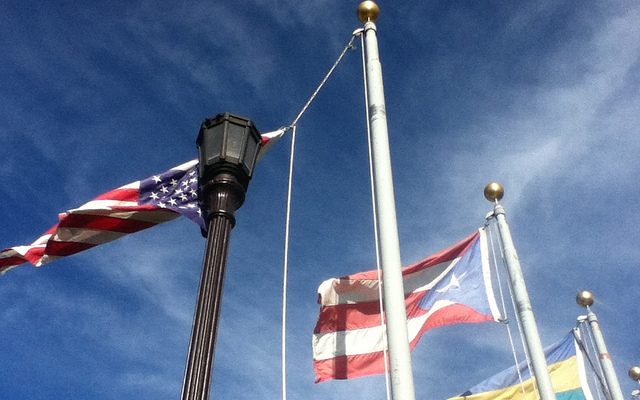 What You Need to Know About Puerto Rico’s Debt Crisis

There is a crisis afoot: Puerto Rico’s economy is collapsing. The territory owes about $73 billion in bond debt and $49 billion in unfunded pensions. In May, the Governor of Puerto Rico, Ricardo Rosello, filed for a protection ‘similar’ to bankruptcy hoping to restructure the territory’s massive debt.

However, since filing for the protection, things have only gone downhill.

The territory’s budget has still not been approved by the Federal Oversight Board, it’s attempting to sell its ports to private contractors in order to raise capital, and its power utility (the Puerto Rico Electric Power Authority) just filed for bankruptcy after it was unable to restructure its $9 billion debt.

It is still unclear at this moment how this economic crisis will be solved. But here’s what you need to know about Puerto Rico as it makes its way into the national debate.

How Puerto Rico Got To This point?

Puerto Rico’s economic status has always been in limbo. Its precarious situation as a U.S. territory made it the island with the highest per capita income in the Caribbean.

However, in 1996, President Bill Clinton decided to phase out longstanding tax incentives for companies located on the island, which helped stimulate economic growth for decades. Once the rollback of those exemptions ended in 2006, corporations and jobs left the island and economic growth stagnated while unemployment rose.

This is compounded by two unique aspects of Puerto Rico’s situation as a territory. For one, tax rates are incredibly low–exempt from federal income taxes, residents only need to pay a 4 percent tax on income earned on the island. Additionally, citizens of Puerto Rico are also U.S. citizens, granting them the ability to freely move to the mainland. When it became clear that jobs were no longer coming to Puerto Rico, many residents left the island, depleting workforce and leaving smaller tax base to draw from.

With a lack of tax revenue, Puerto Rico’s government needed revenue to balance its budget. Instead of raising taxes or cutting spending it issued government bonds to raise money for much of the difference. The bonds are incredibly valuable to investors from outside Puerto Rico. Its status as a territory means the bonds are exempt from local, state, and federal taxes. But due to the long recession, the government could not generate enough the revenue to pay the bonds back, and in 2014, its bonds were downgraded to “junk” status.

Furthermore, island’s government is incredibly inefficient. For example, the island’s main power company has accrued a debt worth more than $9 billion, partly by providing free electricity to municipal building and projects that barely generate any profit for the government. For instance, the utility company provided free electricity to an ice-skating rink built in the city of Aguadilla (it’s expensive to keep ice cold in the tropics!).

Falling corporate interest in investing in the island, low tax rates, attractive government bonds, and an inefficient government all led the territory to accumulate a massive debt that it couldn’t escape.

Not only does Puerto Rico owe billions to its creditors, but it also owes a large sum to its own people in the form of unfunded public pension programs. In addition to Puerto Rico’s bond debt, it has about $49 billion worth of unfunded pension commitments.

Since the 1990s, Puerto Rico has slowly but surely reduced payments to its employee retirement program, to the point where its public pensions became significantly underfunded. Furthermore, the population in Puerto Rico is getting older, with 14.2 percent of its residents above the age of 65. As the local workforce shrinks and the population ages, the territory’s unfunded pension commitments will become an even larger issue.

But the owners of Puerto Rico’s bonds are demanding that they are paid their debts first even if that means further cuts to public programs such as education and healthcare.

Is A Solution Possible?

The situation is dire for the citizens of Puerto Rico, they are almost completely out of money and President Trump has stated that he will not bail out the island.

One solution that could enhance the government’s financial situation is for the territory to seek statehood. Gov. Rosello recently held a referendum to gauge public interest in statehood. If Puerto Rico becomes a state, the economic recovery from the debt crisis could be a lot quicker with the backing of the federal government. The result of the referendum was an overwhelming 97 percent in favor of statehood, but only 23 percent of voters participated. Critics have said that despite the vote’s margin, the plan is not favored among the entire population.

Experts have pointed to debt forgiveness as the best possible solution to solving Puerto Rico’s debt. If austerity measures are put in place, Puerto Rico will need to pay off its debts to creditors first, which would mean the people who rely on the publicly funded programs such as schools, health care, and pension payments suffer. Furthermore, cutting back on public spending will only make for a longer and more painful economic recovery.

James Levinson
James Levinson is an Editorial intern at Law Street Media and a native of the greater New York City Region. He is currently a rising junior at George Washington University where he is pursuing a B.A in Political Communications and Economics. Contact James at staff@LawStreetMedia.com
Share:
Related ItemsBankruptcyDebt CrisisPensionsPuerto RicoStatehood