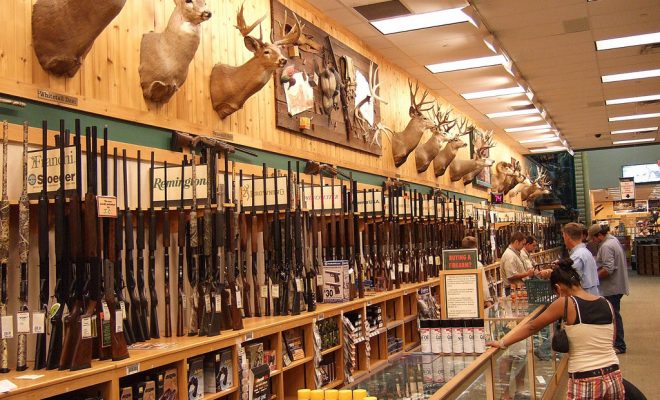 Missouri is joining 10 other states by implementing a constitutional carry law, prompting The New York Times to dub it the “Shoot-Me State.”

Citizens of Missouri will be able to carry concealed weapons without a permit, background check, or safety training under the new law. The law also institutes Stand Your Ground initiatives, known for lowering the standard for deadly use of a firearm by allowing gun owners to claim self-defense based on perceived feeling of threat.

“Missouri wants to let people carry guns with no training, even when you play Pokemon they start you off w/training” https://t.co/eg7R59haJv

Missouri:The Shoot-Me State: stand your ground, guns to people with violent records, how dumb can we get? https://t.co/qCW50H97IT

The Republican controlled legislature has continuously clashed with the Democratic governor, overriding a record number of the governor’s vetoes Wednesday at 13, adding to the already 83 overrides since he took office in 2009.

Democratic lawmakers have stated that this law will negatively affect minority communities.

“What I don’t want to get to is the point where there is a trigger-happy police officer or bad Samaritan like Zimmerman who says, ‘Black boy in the hood. Skittles. Let’s shoot,'” Senator Maria Chappelle-Nadal, who represents University City, said to the AP, referencing the killing of Trayvon Martin.

On the contrary, Republican lawmakers say that this law will ensure that law-abiding citizens can adequately protect themselves and their families.

The National Rifle Association supported the bill and released a statement following its override.

In addition, concerns about law enforcement were discussed, opponents of this bill were worried that these new provisions will make officers less safe.

“It’s shameful for Missouri lawmakers to turn their backs on the people who have to go out on the street and enforce laws,” Moms Demand Action Missouri chapter leader Becky Morgan said, quoted in The Columbia Missourian. “They’ve now made being a police officer more dangerous.”

Some celebrities weighed in on the action, expressing their opposition.

The law will go into effect on January 1.

Julia Bryant
Julia Bryant is an Editorial Senior Fellow at Law Street from Howard County, Maryland. She is a junior at the University of Maryland, College Park, pursuing a Bachelor’s degree in Journalism and Economics. You can contact Julia at JBryant@LawStreetMedia.com.
Share:
Related ItemsConstitutional CarryGovernor Jay NixonGunsMissouriTrayvon Martin