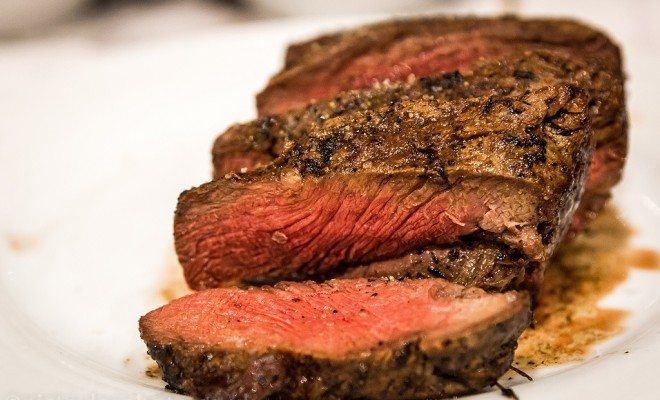 Missouri Lawmaker: No Steaks or Seafood for Food Stamp Recipients

An old FOX News interview with an unemployed Californian surfer appears to be the inspiration for one Missouri Republican lawmaker’s new initiative that would strike some delicious foods like steak and seafood from welfare recipients’ menus.

It all began with an interview FOX News did in 2013 with Jason Greenslate, who unapologetically bragged about using the government assistance program SNAP to receive $200 dollars a month in taxpayer money for “luxury” food items including coconut water, sushi, and lobster. And because it’s FOX, the network used this one slacker’s statements like “this is the way I want to live and I don’t really see anything changing” and “it’s free food; it’s awesome” to support some Republican conjecture that all poor people abuse their government assistance.

You can watch the full FOX segment below.

That segment may have been a bit of inspiration for Missouri State Representative Rick Brattin, who according to the Washington Post, has proposed a bill that if passed would stop people like Greenslate from abusing the system by banning the purchase of “cookies, chips, energy drinks, soft drinks, seafood or steak” with food stamps. Brattin said:

The intention of the bill is to get the food stamp program back to its original intent, which is nutrition assistance.

What’s interesting about that statement is Brattin’s interpretation of what qualifies as “nutrition assistance.” Eliminating unhealthy foods like chips, cookies, energy drinks, and pop I can understand, but why seafood and steaks? First of all seafood has been proven to be a healthy staple in a balanced diet. Take tuna, for example,  which happens to be a highly cost effective form of protein. And when it comes to steaks, there are so many different kinds ranging in size, fattiness, and cost, that eliminating the entire food group just sounds too vague to be useful.

These protein add ons to his bill seem to stem from other issues that don’t involve a lack of nutrition, but rather a problem with the buyers themselves. Brattin was quoted saying:

I have seen people purchasing filet mignons and crab legs with their EBT cards. When I can’t afford it on my pay, I don’t want people on the taxpayer’s dime to afford those kinds of foods either.

Now according to the Washington Post, a household of one can qualify for “up to $194 dollars a month, or fewer than $7 dollars day, as part of SNAP.” That number can essentially double with every added family member according to the Department of Agriculture. Seven dollars a day is obviously not enough for a daily lobster dinner, but depending on how the family has budgeting their finances over the month who’s to say they can’t have a “luxury” treat once in a while.

Every case is different, and while surely a few individuals are bound to abuse the system, eliminating these foods for everyone is hardly an effective means of changing that. The bill is still needs some “clarifying” according to Brattin, but if passed in its current form, this measure will be just another way to continue to stigmatize food assistance programs and discriminate against the people who use them.

Alexis Evans
Alexis Evans is an Assistant Editor at Law Street and a Buckeye State native. She has a Bachelor’s Degree in Journalism and a minor in Business from Ohio University. Contact Alexis at aevans@LawStreetMedia.com.
Share:
Related ItemsEntitlementsFood StampsGovernment AssistanceJason GreenslateMissouriRepresentative Rick BrattinSNAPSteak and SeafoodWelfare