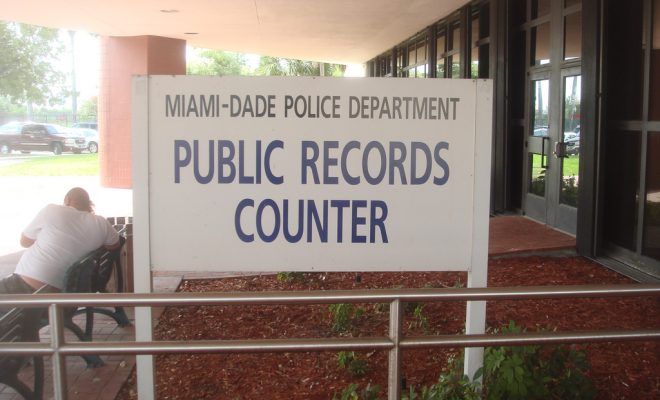 Miami-Dade County Mayor Carlos A. Gimenez signed a memo on Thursday that orders county officials to comply with federal immigration detention requests. This order makes Miami-Dade the first jurisdiction to relinquish its status as an immigrant sanctuary, a title given to it by the Department of Justice in May of 2016, but one that the county itself has resisted.

Gimenez’s action comes a day after President Trump signed an executive order titled “Enhancing Public Safety in the Interior of the United States” on Wednesday, which denies federal funding to sanctuary cities by instructing the Department of Homeland Security to cut its funding to these cities. This, in effect, coerces counties into cooperating with federal authorities when it comes to detaining undocumented immigrants.

Gimenez’s action directs the county’s corrections director to comply with Trump’s executive order by holding undocumented immigrants who have been detained by police for committing crimes long enough for federal authorities to pick them up, a measure that officials in many cities have resisted so far.

In 2016, the cost that the county would have incurred had it held the almost 100 undocumented inmates long enough for feds to pick them up would have been about $52,000, according to The Miami Herald, which broke the story.

On “Fox and Friends” this morning, Gimenez told the show’s hosts that the decision was a “no-brainer,” saying that Trump’s executive order “put an exclamation point” on the issue, and the county is merely returning to its 2014 policy honoring detention requests “regardless of the fact the governments says they’ll pay for it.”

Gimenez’s statement stands in contrast to statements made by mayors of other sanctuary cities such as Bill de Blasio of New York City. He said on CNN that the city would threaten to sue if federal funding was stripped because the city refused to turn over undocumented immigrants who commit low-level crimes. The city’s current policy states that the city will cooperate with the federal government if an undocumented immigrant commits a serious crime.

Gimenez, who voted for Hillary Clinton in the election, and called for Trump to step down as the Republican party’s nominee back in October, was praised by Trump, as the president took to Twitter yesterday afternoon to celebrate the perceived policy victory:

Austin Elias-De Jesus
Austin is an editorial intern at Law Street Media. He is a junior at The George Washington University majoring in Political Communication. You can usually find him reading somewhere. If you can’t find him reading, he’s probably taking a walk. Contact Austin at Staff@Lawstreetmedia.com.
Share:
Related ItemsAnti-ImmigrationGimenezImmigrationMiamiMiami-DadePoliticsSanctuary CityTrump