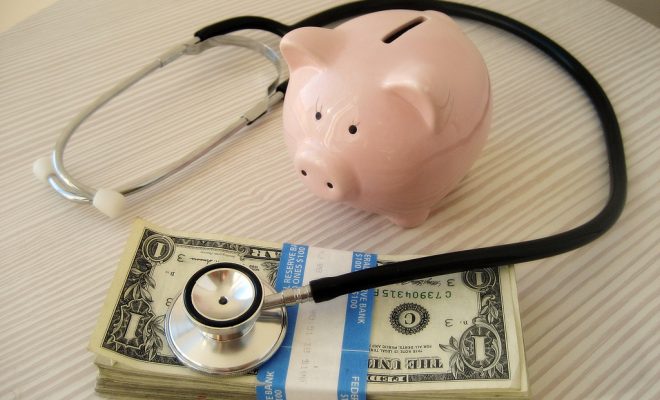 What Will Health Care Look Like After Obamacare is Repealed?

The 115th Congress has been sworn in, and President-elect Donald Trump will be moving into the White House in two weeks. The power shift in Washington, with a Republican majority in both chambers of Congress and a Republican president, is sure to result in a number of changes. Within the first few weeks and months of 2017, one of President Barack Obama’s crowning achievements, the Affordable Care Act, will take on a significantly different form. Read on to find out what Republicans plan on doing to Obamacare, and what their replacement might look like.

It is unclear exactly what the GOP-crafted health law will look like, but one thing is for sure: Republicans are dead-set on undoing at least some of the ACA’s major provisions. The number one target most GOP lawmakers agree on is the mandate that all Americans must have health care, or else face a fine. Leading Republican lawmakers acknowledge there must be some price to pay for healthy people choosing to go uninsured, but again, that penalty has not been fully articulated.

Republicans have been adamant about repealing two other aspects of Obama’s health care law. First, they will likely scale back federal funding for Medicaid, which was vastly expanded under the ACA. Nineteen states–all with Republican governors or legislatures–have rejected the expanded funding. Some Republican-led states have expanded their Medicaid programs however, which could make it a political risk for Congressional Republicans to cut federal funding entirely.

massive increases of ObamaCare will take place this year and Dems are to blame for the mess. It will fall of its own weight – be careful!

Earlier this week, Senate Republicans inched toward repealing the law, a process that could take at least a few months. They approved a budget blueprint, which will essentially pave a trail for further legislation to pass through, and will provide a shield against a Democratic filibuster. The Senate will likely vote on that measure next week and, if it passes with a majority vote, turn it over to the Republican-led House.

Republicans have promised that their repeal efforts would not take place immediately, so that those who are insured under the ACA would not be caught in a no-man’s land. Some experts say that delaying the effects of the repeal effort, especially with no clear replacement law at the ready, could lead to destabilized insurance markets. Paul Ryan (R-WI), speaker of the House and a vocal Obamacare critic, assured people who are worried they’ll lose coverage in the coming months that in 2017 “we don’t want people to be caught with nothing.”

“Trumpcare,” as President Barack Obama coined the Republican replacement to his health care law on Wednesday, is vague on its details. Congressional Republicans, and Trump, campaigned on a platform that vociferously opposed Obamacare, and voters who were angry at rising premium costs happily voted for an alternative. But what will that alternative look like? There are disparate visions among Republicans of what changes should or should not happen to Obamacare, and the final product is still being hammered out.

There are parts of Obamacare that could survive the GOP assault, including the option that people can remain on their parents’ insurance plan up until the age of 26. That is a highly popular element of the health care law that will likely remain in any future iteration.

Guaranteed coverage, one of Obamacare’s unprecedented (and most expensive) features, is also likely to remain in the Republicans’ replacement plan, at least in some form. Requiring insurers to offer coverage to customers with pre-existing conditions has led to increased premiums, and while Republicans have noted rising premiums as cause for a repeal, they have not said they will entirely scrap guaranteed coverage. Whatever directions the GOP decides to go in, expect the states to have more power and flexibility in designing their plans.

The ACA & Planned Parenthood bring critical health security to women across the US. To the GOP: Dont defund @PPFA Dont #MakeAmericaSickAgain pic.twitter.com/xip6WENNMm

In terms of the new pieces of the Obamacare replacement law, the details are hazy. GOP lawmakers will surely do something about the current marketplaces and government subsidies. Trump has mentioned opening up insurance marketplaces across state lines. Trump’s appointee for health secretary, Tom Price, has laid out a plan for tax credits in lieu of government subsidies, which could benefit middle-class Americans who earn too much to qualify for the subsidies under the current law. But like other parts of the law that will succeed Obamacare, details are scant.

The gears are already turning in the rush to repeal Obamacare, at least vast chunks of it. But Republicans are hardly in unison about what should follow. Many who have been insured under the law–including Trump supporters–have been uneasy with what might happen to them in the coming year. Republicans promise to delay the effective date of the incoming repeal, and Democrats promise to make repeal efforts as strenuous as possible for the GOP. The next few weeks and months will hopefully bring some clarity into the future of health care in America.

Alec Siegel
Alec Siegel is a staff writer at Law Street Media. When he’s not working at Law Street he’s either cooking a mediocre tofu dish or enjoying a run in the woods. His passions include: gooey chocolate chips, black coffee, mountains, the Animal Kingdom in general, and John Lennon. Baklava is his achilles heel. Contact Alec at ASiegel@LawStreetMedia.com.
Share:
Related ItemsAffordable Care ActHealth CareObamacarePaul RyanRepealTrumpcare