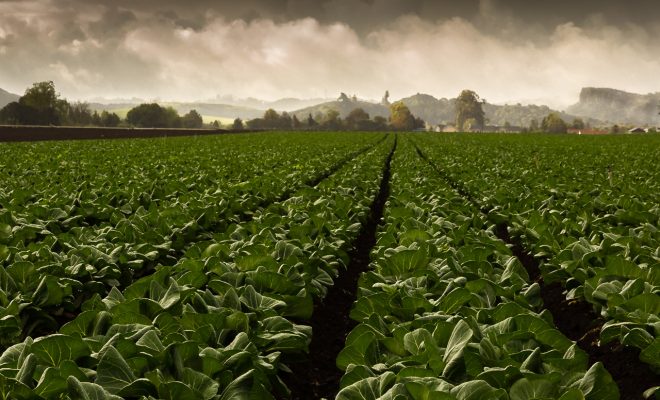 Why Farmers Must Support the “Blue Card” Bill

After 100 days of aggressive anti-immigrant action, the Trump Administration may be approaching a stumbling block: keeping American farms running without immigrant farmworkers. At a roundtable last month, American farmers explained to Trump that they are dependent on immigrant labor as local hires are rarely willing to work the farms.

Farms across the country, but especially in California, have faced labor shortages for years and as immigration restrictions tighten, the labor supply is quickly dwindling. The White House declined to discuss the specifics of the conversation but Trump reportedly said that he was focused on “criminals” rather than farmworkers and that he won’t destroy the labor force for American farms. However, it is difficult to make such a promise when more than half of American farmworkers are undocumented.

The H 2-A visa program provides agricultural guest workers with legal entry into the United States and as use of the program has risen over the past several years, fewer agricultural workers have been entering the country illegally. However, the H 2-A visa is only a temporary permit. Senate Democrats are currently sponsoring a “blue card” bill that would protect undocumented farmworkers who have worked at least 100 days in each of the past two years from deportation. A “blue card” is a modified green card, designed specially for agricultural workers to fast-track them toward permanent residency in the U.S.

Unfortunately, the bill lacks bipartisan support and there is little incentive for Republican senators to reach across party lines as the majority of their farming constituents voted for Trump, despite the fact that his administration plans to gut spending for farms across rural America. The blue card bill is a viable path to citizenship that will keep farms running and actually stabilize the labor market. Farmers often lose seasonal workers after they return home in the off season and don’t want to risk the passage back into the U.S., but with blue cards, the farmworkers could stay legally and work multiple seasons in a row.

Farmers only stand to benefit from having a steady labor supply but their loyalty to the Trump “pro-business” platform might push them to act against their own self-interest and be satisfied with the empty promise he made at last month’s roundtable. Even if Trump expanded the H-2 visa program, without a path to permanent residency, it is only a Band-Aid over a much more serious labor shortage. The blue card bill could be the path to citizenship that keeps farms running but it’s flown pretty much under the radar up to this point and without a grassroots campaign pushing for it, it will fade before it ever gets close to becoming a law. Undocumented workers do not always have the resources to speak for themselves and fear of deportation after a spike in arrests only makes speaking out seem more dangerous. It is up to the farmers, who have organized unions, lobbying groups and above all, stock with the Republicans, to fight for the blue card bill. If they let this bill fade into obscurity, their farms could take a hit.

Jillian Sequeira
Jillian Sequeira was a member of the College of William and Mary Class of 2016, with a double major in Government and Italian. When she’s not blogging, she’s photographing graffiti around the world and worshiping at the altar of Elon Musk and all things Tesla. Contact Jillian at Staff@LawStreetMedia.com
Share:
Related ItemsCaliforniaFarmsFarmworkersIllegal ImmigrationImmigrationLaborTrumpVisas