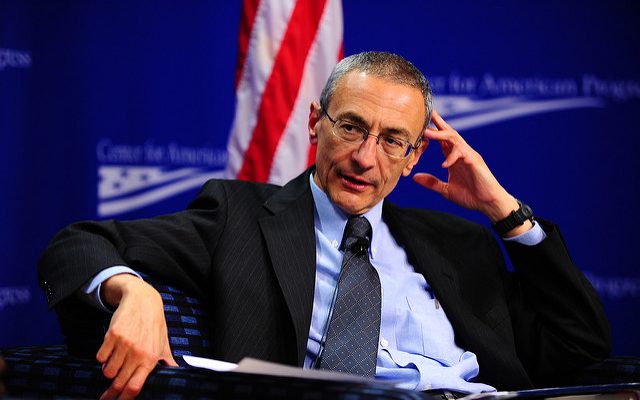 What do an anonymous Facebook spokesperson and John Podesta have in common? Answer: they both should have brushed up on their “undo send” reflexes. Recent reports reveal that Clinton’s campaign manager and the social media behemoth both made recent regretful email screw-ups.

According to an extensive New York Times report, the hacking of tens of thousands of Podesta’s private emails (which were repeatedly used by the GOP as ammunition against Clinton’s trustworthiness throughout the presidential election) hinged on one single typo from one of Podesta’s aides.

When Podesta was sent a suspicious phishing email to his personal account asking him to reset his password on March 19, his aides had sense enough to forward the message to a computer technician before clicking the “change password” button.

“This is a legitimate email,” Charles Delavan, a Clinton campaign aide, replied. “John needs to change his password immediately.”

Unfortunately, Delavan knew the email was a fraud and meant to type that it was an “illegitimate” email, and even worse, that email hailed all the way from Russia. His flubbed recommendation allowed for Russian-affiliated hackers to compromise and publish Podesta’s entire archive.

But Hillary’s chairman wasn’t the only victim of email issues this week.

A Facebook spokesperson accidentally sent an email that was  intended for a colleague to a Buzzfeed News reporter that called President-elect Donald Trump’s proposed Muslim registry a “straw man.”

According to Buzzfeed News, Facebook had failed to respond to comment requests on major tech companies’ pledge “not to comply with practices that could be used to target people or build databases based on their religious beliefs.” However, in the email, the PR rep calls this “attacking a straw man.” Here’s the quote:

Happy to talk to her off record about why this is attacking a straw man. Also I heard back from her that she may or may not write an additional piece depending on what response she gets from companies. So sounds like not making any stmt on record is the way to go.

Other companies like Twitter, Google, GitHub, the Electronic Frontier Foundation, Pandora, Giphy, and Slack have all publicly stated that they wouldn’t assist in the creation of a registry if asked, but Facebook has not officially commented on the issue yet.

However, a Facebook spokesperson did reach out to BuzzFeed News to say: “No one has asked us to build a Muslim registry, and of course we would not do so.”

So in short, the moral of the story is simple. If you want to avoid typos that could possibly threaten your candidate’s political future or sending haphazard internal memos to inquisitive reporters, triple check your emails before you hit send.

Alexis Evans
Alexis Evans is an Assistant Editor at Law Street and a Buckeye State native. She has a Bachelor’s Degree in Journalism and a minor in Business from Ohio University. Contact Alexis at aevans@LawStreetMedia.com.
Share:
Related ItemsEmail HackEmail ScandalFacebookJohn PodestaPhishing