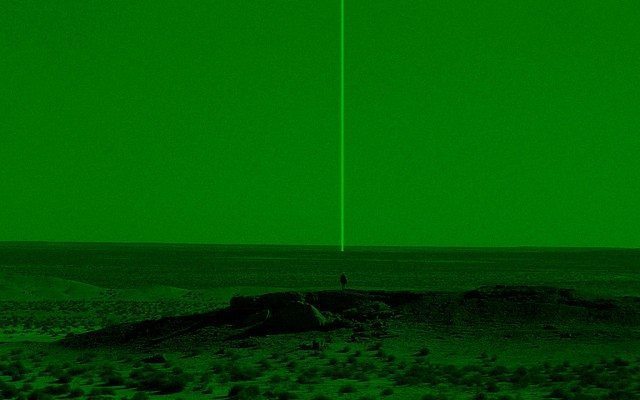 Drone Pilot PTSD is Awful, But Also Beside the Point

Push a button, kill people thousands of miles away: who is surprised that PTSD is a result? United States pilots of unmanned aerial vehicles (UAVs), more commonly known as drones, are not immune to the devastation of post-traumatic stress disorder (PTSD), despite their relative physical distance from carnage.

Often framed as the ruggedly masculine problem of a “drone warrior,” the PTSD of drone pilots has a history of being valorized by journalists: GQ’s introduction to a piece on Airman First Class Brandon Bryant’s drone-induced PTSD describes him as having “hunted top terrorists, saved lives, but always from afar.” Writing about “terrorists” (many civilians are killed by drone attacks) like they are not human (“hunting”?!), much of the journalism surrounding drone pilots’ PTSD valorizes the suffering of white, straight men as being “for the sake of their country.”

There are exceptions, of course: some journalists slam drone attacks as murder (see video above). However, regarding drone pilots and PTSD, the glorification of American masculinity generally rules the day. Bryant, for instance, tugged at the sympathy of readers when his PTSD was framed by various news sources as being a burden on his sex and love life, turning women away from him and isolating him from potential peers. Even pieces covering PTSD that do sometimes challenge U.S. policy as opposed to glorifying the grit of traumatized male soldiers still leaves readers with the impression that, even if the public is not entitled to know all the details that make drone attacks “necessary,” drone pilots “probably know” (implying, of course, that there are, in fact, justifications for these strikes).

Now don’t get me wrong: PTSD is PTSD, and I would never, ever wish its horrific and suffocating grip on anyone, no matter what they’ve done.

And yet. And yet. Not all PTSD is created equal.

In the context of the U.S. engaging in another war in Iraq (to the tune of depressingly little [or little covered] organized public outrage), the coverage of PSTD in drone pilots is again—and again, and again–on the rise.

What purpose does this serve?

Focusing on U.S. drone pilots having PTSD is important: it is itself horrific and demands attention, and it also may help draw the attention of those who may otherwise find drone attacks unqualified successes. But focusing on the PTSD of U.S. pilots detracts focus from where it really needs to be: the traumas and horrendous death and psychological tolls that drone attacks inflict in countries of color. When “precise” drone strikes target 41 people but end 1,147 human lives, certainly the discussion should be broader than the (undeniably horrendous) pain of the (in media coverage) white American men who pulled the triggers. We must use this coverage of PTSD to expand the conversation to discuss the myriad ways that U.S.-inflicted terrorism in countries of color privileges the terrible traumas of U.S. soldiers at the expense of confronting the mass traumas and mass murders that the U.S. is inflicting through drone attacks.

Jennifer Polish
Jennifer Polish is an English PhD student at the CUNY Graduate Center in NYC, where she studies non/human animals and the racialization of dis/ability in young adult literature. When she’s not yelling at the computer because Netflix is loading too slowly, she is editing her novel, doing activist-y things, running, or giving the computer a break and yelling at books instead. Contact Jennifer at staff@LawStreetMedia.com.
Share:
Related ItemsDronesInternational AffairsMilitaryPoliticsPTSDRacismTerrorismTraumaYemen