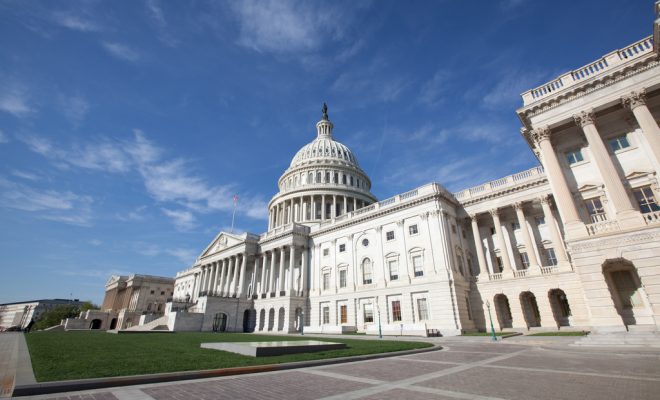 "the capital building" courtesy of [Ed Schipul via Flickr]

Congress Votes to Override Veto of ‘Sponsors of Terrorism’ Bill

Families of the victims of the September 11, 2001 terrorist attacks will officially be able to take legal action against a long-rumored enabler in the attacks: Saudi Arabia. Both the House and Senate voted to override President Obama’s veto of the Justice Against Sponsors of Terrorism Act (JASTA) on Wednesday, by votes of 348-77-1, and 97-1 respectively.

The Justice Against Sponsors of Terrorism Act is broad in its language, with a stated purpose to allow litigants to sue actors “that have provided material support, directly or indirectly, to foreign organizations or persons that engage in terrorist activities against the United States.” It is understood by lawmakers and families of 9/11 victims, however, that this bill will, at least in the immediate future, be directed at Saudi Arabia, which some suspect aided the hijackers that took nearly 3,000 American lives in New York City, Washington, and Pennsylvania. Fifteen of the hijackers were Saudi nationals.

Obama explained his decision to veto the bill, which initially passed the Senate and House unanimously, in a memo on the White House website: “This legislation would permit litigation against countries that have neither been designated by the executive branch as state sponsors of terrorism nor taken direct actions in the United States to carry out an attack here.”

The President is not the only opponent of the bill. Last week, at a Senate Armed Services Committee hearing, Defense Secretary Ash Carter said, “were another country to behave reciprocally, this could be a problem for our service members, and this is something that, at the Department of Defense, we are concerned about.” He added that he is “not an expert” on the bill.

But as lawmakers in both chambers will be hitting the campaign trail in the coming weeks, overriding Obama’s veto was a top priority, as the bill is broadly popular with the public. Now that the bill has passed through both chambers for the second time, it will be signed into law. This is the first override of an Obama veto in his nearly eight years in office. He has issued 12 vetoes.

In his veto message for JASTA, Obama notes his “deep sympathy for the families of the victims of the terrorist attacks of September 11, 2001” but added this act would “neither protect Americans from terrorist attacks nor improve the effectiveness of our response to such attacks.”

Both sides of the aisle lauded the bipartisan override vote on Wednesday. “We cannot in good conscience close the courthouse door to those families who have suffered unimaginable losses,” said Senator Ben Cardin (D-MD). His Republican colleague, John Cornyn (R-TX) echoed that sentiment: “In our polarized politics of today, this is pretty much close to a miraculous occurrence,” he said.

Alec Siegel
Alec Siegel is a staff writer at Law Street Media. When he’s not working at Law Street he’s either cooking a mediocre tofu dish or enjoying a run in the woods. His passions include: gooey chocolate chips, black coffee, mountains, the Animal Kingdom in general, and John Lennon. Baklava is his achilles heel. Contact Alec at ASiegel@LawStreetMedia.com.
Share:
Related Items9/11JASTAPresident ObamaSeptember 11TerrorismVetoVeto Override