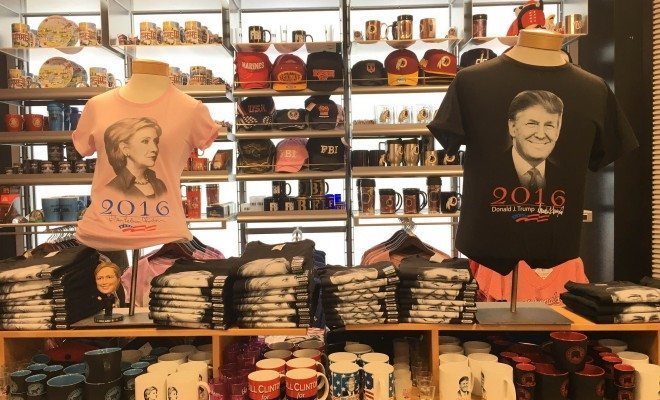 "Clinton vs. Trump 2016" courtesy of [Marco Verch via Flickr]

If my Facebook newsfeed is anything to go off of, people my age hate Hillary Clinton and Donald Trump. I’ll see videos with titles like “HILLARY EXPOSED,” “$HILLARY STEALS THE ELECTION,” and “WHO SAID IT, TRUMP OR HITLER?” shared thousands of times, most of which are accompanied by the little angry-face reaction emoji. But, of course, that’s not representative of the general public right? If you’re friends with people who share your political views, the internet is a room full of people who applaud everything you say and hate your enemies. If you’re visiting websites like Reddit or the Huffington Post, you’re going to have a much different comments-section experience than at Breitbart or The National Review. You can’t get a fair take on who likes whom on the internet, so to escape the thought-bubbles of social media, I turned to polling to answer the question: What does America really think of our presumptive nominees?

Favorability is measured in a shockingly simple way–surveys ask Americans how they view a candidate, and provide options from “very favorable” to “very unfavorable.” The data suggest that all the online negativity comes from a real place. Even though Hillary Clinton has received more votes in the primary than any other candidate, her average favorability is 38.4 percent. Donald Trump also has a really bad favorability rating, sitting 10 points below Clinton – at 28.4 percent. Pathetic–sad!

Trump and Clinton have a similar problem–if you don’t like one of them, chances are you really hate them. Trump’s fanbase is larger than anyone predicted, and dedicated to his cause. His detractors are even more numerous, and just as incensed by what he says and does. Clinton’s campaign is a savvy political juggernaut, and her careful planning has all-but secured the Democratic nominee. Despite her success, over forty percent of voters have a strongly negative view of her.

How do these candidates that Americans don’t like continue winning?  Voters might not be in love with Hillary Clinton, but they’re voting for her as the lesser of two evils. If you only see Clinton and Trump being viable options for the presidency, the decision is made very simple for most voters. It’s also important not to be too cynical–nearly half of voters see Clinton and Trump as favorable (although very different halves, I imagine.) It’s not that everyone hates the almost-nominees, just that they are extremely divisive in the American public.

We’re in a tough position now, as most Americans find themselves rooting for the candidate they hate the least–a far cry from the Obama ’08 enthusiasm that energized the Democratic party just two elections ago. An election as important as this one shouldn’t be treated so dispassionately by voters, because a low turn-out could tilt the election the way you’re actually afraid of. An old adage fits well here: If you can’t be with the one you love, love the one you’re with.