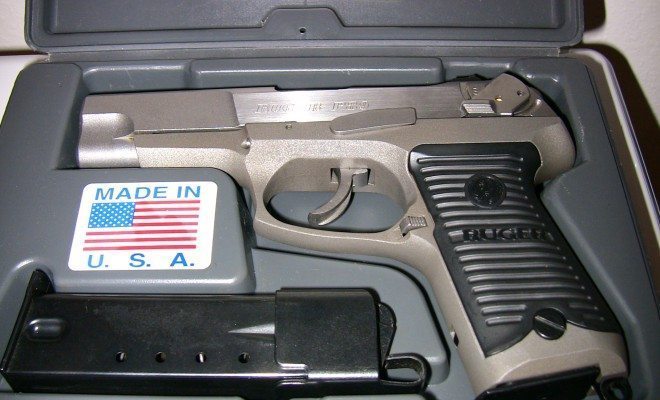 March was a significant month for guns in America. Iowa Governor Terry Branstad signed a bill that legalized the use of gun suppressors, or silencers, in the state which went into effect immediately. Rhode Island lawmakers spent the month weighing over a dozen bills that could completely transform the state’s gun culture. A Pennsylvania law that allowed the National Rifle Association and other pro-gun groups to sue cities that enacted strict gun control policies may come back into effect. These stories suggest that the country is shifting away from traditional gun control laws and opening the door to open carry in more locations. However, two stories which have flown relatively under the radar made March a victory for gun control supporters.

In November 2014, Washington enacted a law that created universal background checks for all gun sales, including those between private citizens. New data just released from the FBI shows that the law has blocked 50 gun purchases by felons since it went into effect. Nearly 4,000 felons tried to purchase guns in Washington over the past year but thanks to the new law, many of those private sales were blocked. There has been debate over whether 50 is a significant number–Dave Workman, of the gun rights group The Second Amendment Foundation, claimed that the number was too small to demonstrate the law being effective and cited the fact that there have been no prosecutions related to the law as evidence of its failure. However, law enforcement officers argue that 50 prevented sales is a significant number, as any one of those guns could have been purchased and used in a crime without the intervention of the new law. Washington is still reeling from a mass murder committed in February, so the idea that increased background checks could prevent even a small fraction of violent deaths makes the law worthwhile.

At the University of Washington, a different approach to gun safety has emerged, paying special attention to suicide prevention. After her husband committed suicide with a gun, Professor Jennifer Stuber reached out to local gun stores to start a dialogue about suicide and the role of gun retailers play in aiding those who wish to take their own lives. Stuber asked gun store employees if they were concerned that they might be selling guns to customers who were suicidal and received a resounding, collective yes. She reached out to the National Rifle Association and the Second Amendment Foundation, recruiting them as allies. Stuber’s efforts were the foundation of a bill signed into law this March that unites the firearm industry, pharmacists and suicide prevention activists.  The law establishes a suicide prevention task-force that will train both gun store owners and pharmacists in suicide prevention messaging. Pharmacists will be required to complete six hours of suicide prevention training to receive accreditation while gun retailers will be offered a voluntary course online. This may seem like a relatively small victory, but in reality it will change the dynamic of gun sales significant. Mental health and gun violence have frequently been connected and even small steps towards acknowledging that guns should not be sold without consideration for a person’s mental state are major leaps for gun sense advocates. Twenty years ago, this kind of law would never have gone into effect because the conversation simply did not exist yet. However, after a decade filled with mass shootings, effective gun control is no longer an idealistic goal–it is an immediate necessity.

Laws like the ones that passed in Washington this month represent an encouraging, albeit small, step in the right direction.

Jillian Sequeira
Jillian Sequeira was a member of the College of William and Mary Class of 2016, with a double major in Government and Italian. When she’s not blogging, she’s photographing graffiti around the world and worshiping at the altar of Elon Musk and all things Tesla. Contact Jillian at Staff@LawStreetMedia.com
Share:
Related ItemsBackground ChecksGunGun ControlGun DeathGun LawsGun RegulationsGun SafetySuicideSuicide PreventionWashington