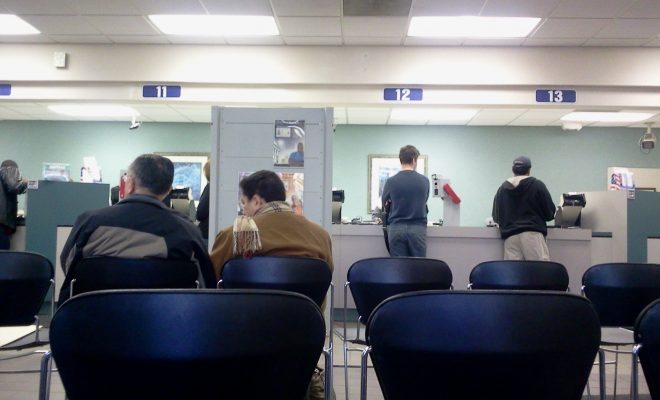 Is It Unconstitutional to Take Away Someone’s License for Unpaid Fines?

Getting your driver’s license revoked for unpaid fees is undoubtedly annoying, but is it actually unconstitutional? A lawsuit against the Virginia DMV is challenging the policy, claiming that it is unfair to those without the ability to pay.

The class action suit alleges that revoking a person’s driver’s license is a violation of the protections in the Due Process and Equal Protection Clauses of the Constitution. The defendants accuse the policy of being an “unconstitutional scheme that unfairly punishes them for being poor.” Without a license, a person would legally be unable to drive to work, school, or fulfill other necessary obligations, making the license revocation more than just an inconvenience.

Drivers whose licenses have been suspended or revoked due to unpaid court fines face a $145 reinstatement fee from the Virginia DMV. To put that in some perspective, that would be equivalent to about 20 hours of wages for someone working at Virginia’s minimum wage of $7.25 an hour. While wealthier people would have no problem paying off the fine and getting off scot-free, it could be a financial burden to anyone living paycheck-to-paycheck.

The Legal Aid Justice Center (LAJC), which filed the suit on behalf of the plaintiffs, also recently released a full report on this issue, highlighting the ways in which the state’s repayment plans for unpaid fines hurt lower-income families. The report’s findings indicated that the Virginia DMV does not take into account a person’s financial situation before making the decision to suspend a license.

The plaintiffs in this suit hope to prove that these fines are one of the many injustices that come with being poor in America. People with lower incomes generally find it harder to obtain loans, build and maintain credit scores, and are charged fines for things such as negative bank balances. Court fees and fines also disproportionately affect lower-income people, as they are more likely to go through the court system. Essentially, those with lower incomes are penalized for being poor, while wealthier people are often able to avoid such fees, despite their ability to pay.

LAJC is trying to advocate that the policy be changed to take into account one’s income level before revoking or suspending a license. The suit claims that currently 940,ooo people in the state have suspended licenses due to unpaid fees (over 10 percent of the state’s population of 8.3 million), meaning that a policy change could have a significant impact on Virginia’s citizens.

Mariam Jaffery
Mariam was an Executive Assistant at Law Street Media and a native of Northern Virginia. She has a B.A. in International Affairs with a minor in Business Administration from George Washington University. Contact Mariam at mjaffery@lawstreetmedia.com.
Share:
Related ItemsConstitutionDMVDriver's LicenseUnconstitutionalVirginia