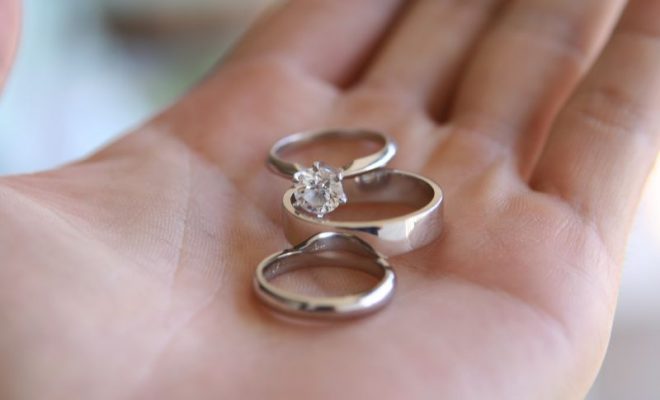 The average age of marriage for Americans is creeping up and up–in 2013 it jumped to 27 for women and 29 for men. For perspective, in 1990 it was 23 and 26 for women and men and in 1960 it was 20 and 22 respectively. But while the average age is falling, it doesn’t mean that some people don’t get married much earlier. In fact, almost 60,000 minors aged 15-17 were married as of 2014–and now lawmakers in some states, including New York and New Jersey, are considering making a change to child marriage laws.

The effort has actually been underway for a little while now, although a similar bill last year didn’t end up making much progress, in part because there was pushback from some religious communities. There were about 4,000 legal child marriages in New York last year, and while only about 50 involved teens under 16, there are always concerns that young people–particularly young women–are being pressured into marriage at a young age. A recent New York Times story highlighted the story of one of those women:

Fatima H., an office manager in northern New Jersey, was 15 and thriving in school in Brooklyn in the 1980s when her strict Muslim parents forced her to drop out and arranged a marriage to a first cousin arriving from Kuwait. He was 21 and they had never met. A judge approved the early nuptials and, perhaps not surprisingly, the couple did not live happily ever after.

New Jersey appears to have just become the first state in the U.S. to completely ban marriage for children under 18. While the bill still needs to be signed by Governor Chris Christie, it overwhelmingly passed the state legislature.

Other states are similarly considering restricting child marriage. For example, in New Hampshire, a state representative recently filed a bill to make 16 the minimum age for marriage.

While the number of teens who get married in the U.S. is relatively low, it’s imperative to ensure that children aren’t being forced into coerced marriages. New York, New Jersey, and other states are finally taking efforts to ensure that.

Anneliese Mahoney
Anneliese Mahoney is Managing Editor at Law Street and a Connecticut transplant to Washington D.C. She has a Bachelor’s degree in International Affairs from the George Washington University, and a passion for law, politics, and social issues. Contact Anneliese at amahoney@LawStreetMedia.com.
Share:
Related ItemsAndrew CuomoChild MarriageChild Marriage LawsNew HampshireNew JerseyNew York