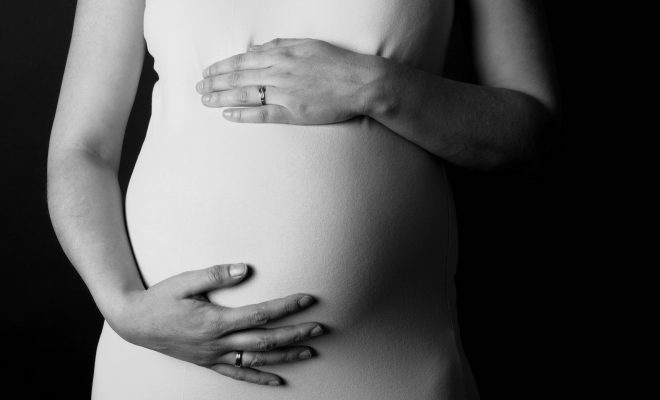 In 2011, Rinat Dray went to Staten Island Hospital, already in labor. She had already had two babies through C-sections and had her mind set on giving birth naturally. But she said the doctor immediately started persuading her to have a C-section. In 2014 she sued the hospital for malpractice, among other claims, saying that the doctors did not care about her judgment as a mother, but pressured and threatened her. The hospital claimed it had followed its “Managing Maternal Refusals” policy–a policy for how to deal with mentally competent mothers when they refuse the medical decisions the doctors recommend. The case was heavily covered in the media, but the court did not agree with most of her claims. Now, she’s appealing the case, and the New York City Bar Association has filed an amicus brief in support of Dray.

The new brief argues that New York state law requires hospitals to give patients access to adequate information beforehand, so they can make informed decisions about their own health care. The hospital allegedly never told Dray about the “Maternal Refusals” policy or what choices she had. Also, as the brief notes, it’s against New York law to force patients to undergo care they have not consented to. C-sections are also significantly more likely to cause health problems both for the mother and the baby than natural childbirth. In Dray’s case, her bladder was cut during surgery.

That day at the hospital in 2014, the doctor reportedly told Dray that unless she had a C-section, her uterus would rupture and the baby would be endangered. The doctor claimed that this would be equal to child abuse and her baby would be taken from her. The medical team tried to deliver the baby naturally for hours, before they decided to take Dray to an operating room and perform the surgery despite her protests. The hospital does not deny this–a note in the record for Dray’s delivery, written by the hospital’s director of maternal medicine, said “I have decided to override her refusal to have a C-section,” and that Dray’s doctor and the hospital lawyer agreed with him. Later Dr. Leonid Gorelik claimed that any injuries the mother suffered were due to her own “culpable conduct and want of care.”

We have been proud to support Rinat Dray in her efforts to seek justice after being subjected to cesarean surgery… https://t.co/Ul0iu4M42M

According to the American Congress of Obstetricians and Gynecologists ethics committee, pregnancy doesn’t make a woman exempt from the right to make her own decisions. It says, “the use of coercion is not only ethically impermissible but also medically inadvisable because of the realities of prognostic uncertainty and the limitations of medical knowledge.” ACOG adds that it discourages medical providers in the strongest possible terms from trying to coerce a patient into a medical decision, and that includes “threats to involve the courts or child protective services, to motivate women toward a specific clinical decision.”

And in most cases, the judicial system agrees that an individual should have the right to make decisions about one’s own medical care. According to attorney Farah Diaz-Tello, there is no law that says that “pregnant women lose this right upon becoming pregnant.” The hospital would likely need a court order to go ahead and use the procedure against the mother’s will. But in some cases, courts have actually sided with the hospital. National Advocates for Pregnant Women has recorded 30 cases where a court order has been used to force a woman to accept a C-section between 1973 and 2005.

But putting the rights of an unborn fetus above those of the mother creates a scary situation for women. The NAPW says that authorities have often used legal measures to limit women’s physical liberties. There was a case where a woman who delayed having a C-section was charged with murder because one of her twin babies was stillborn. Women have been charged with child endangerment for doing drugs while pregnant, and there have been multiple arrests of women who have had abortions or even miscarriages.

The NYC Bar Association’s brief concludes that in failing to inform Dray about the hospital’s written policy, it took away her opportunity to choose another hospital, which is a violation of her rights under New York law and the U.S. Constitution. We’ll have to see how Dray’s case does on appeal.

Emma Von Zeipel
Emma Von Zeipel is a staff writer at Law Street Media. She is originally from one of the islands of Stockholm, Sweden. After working for Democratic Voice of Burma in Thailand, she ended up in New York City. She has a BA in journalism from Stockholm University and is passionate about human rights, good books, horses, and European chocolate. Contact Emma at EVonZeipel@LawStreetMedia.com.
Share:
Related ItemsC-sectionCesarian SectionForced C-sectionHospitalNew York City BarRinat DrayStaten Island Hospital