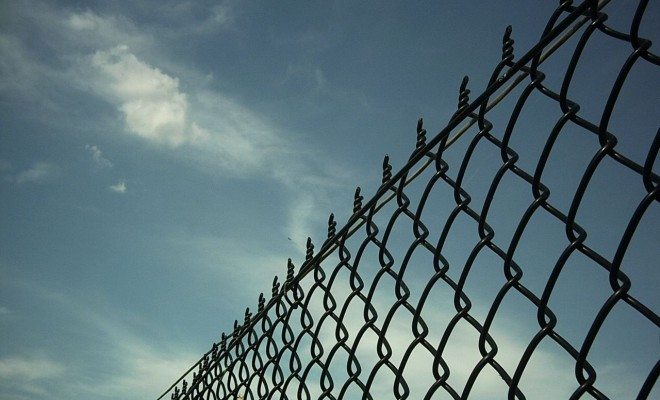 Praised as a “tremendous step forward” toward meaningful penal reform, the Mandela Rules provide a framework for what is and is not permissible in terms of detention conditions in prisons across the globe. With 10 million people in prisons worldwide, it’s easy to assume that there is a high demand for the humane treatment of prisoners. However, while the Mandela Rules have been commended for their progressive revisions of the United Nations Standard Minimum Rules for the Treatment of Prisoners (SMRs) that have been in place since 1955, there is still no guarantee that prisons, domestically or internationally, will improve.

For a document that is supposed to provide governments the guidelines necessary to ensure that basic rights are afforded to prisoners, the Mandela Rules fail to provide incentives to abide by them or a method of accountability for prisons that break them. Furthermore, the lack of widespread discussion on the new rules is shocking, and perhaps telling of the low level of importance that both the public and politicians place on reforming the criminal justice system. Just like under the previous SMRs that the Mandela Rules revised, prisons will continue to cut corners, mistreat prisoners, and break this agreement unless there is more legal pressure and incentives to treat inmates with dignity.

The SMRs have since 1955 acted as the universally acknowledged minimum standards for the detention of prisoners and for the development of correctional laws, policies, and practices. On May 22nd of this year, however, the United Nations Commission on Crime Prevention and Criminal Justice (the Crime Commission) passed a resolution approving the revised standards, named the Mandela Rules after the late South African President Nelson Mandela who was imprisoned for 27 years. These changes were prompted after a review of the SMRs in place concluded that advancements in human rights discourse since 1955 left the SMRs out of date. The Crime Commission identified nine areas for revision, agreeing that the new standards should reflect advances in technology and society.

Rules on health care, LGBT rights, and solitary confinement are the key modifications in the Mandela Rules, but a prison that does not want to be held accountable for treating inmates with dignity can easily dismantle almost all of the updates. One of the most acclaimed aspects of the new rules is that indefinite or prolonged solitary confinement is prohibited. Solitary is defined as confinement of a prisoner for 22 hours or more a day, and prolonged solitary is defined as confinement for fifteen consecutive days. So solitary confinement for fifteen consecutive days is not allowed, but what about fifteen days in confinement, one day out of confinement, and fifteen more days within? The new Rules have so many loopholes and almost no accountability for the “advances” they claim to make in the treatment of prisoners.

The Rules emphasize that prisoners should be protected from torture and inhumane or degrading treatment and punishment. The United Nations will adopt these Rules later this year, though nothing but the potential for an internationally-backed slap on the wrist will prevent prisons from operating under standard minimums. If anything, the Mandela Rules simply say, “Look, we know prisons are bad, and prisoners are being tortured around the world. There’s not much we care to do about that, but here’s some advice that you should follow if you want.”

Yes, state and federal prisons do have their own separate laws in place regarding the treatment of prisoners, but are those laws abided by? The answer, especially in the United States, is a resounding “No.” Even though prison guards are expected to keep inmates safe, there were more than 5.8 million violent crimes self-reported by inmates in 2012. Four percent of the prison population reports being sexually victimized while in prison in the past year, and over half of the incidents involved a prison guard or other staff member. Even though health care is supposed to be afforded to prisoners, 1,300 lawsuits have been filed in the past ten years in Illinois alone against the state because health care in Illinois prisons is so poor that it constitutes cruel and unusual punishment. These are only a few examples of failures of concrete laws that have been breeched, and continue to be broken, in prisons across the country. If the initial SMRs were never fully realized in prisons across the world, what hope do we have that the Mandela Rules, which raise the standards that were never even abided by in the first place, will actually be implemented?

Several sponsors of the new SMRs note the importance of civil society in the success of the Mandela Rules. The American Civil Liberties Union’s David Fathi said, “The Rules are only as good as their implementation.” Fathi expressed that both the public and decision makers must be aware of the rules and see them as a national priority in order for the Mandela Rules to be effective. But what if we live in a society in which the public does not see the humane treatment of prisoners as a national priority? And what if we live in a society in which private groups are swaying lawmakers to extend prison sentences and to create harsher punishments? While the Mandela Rules do offer a sort of cheat sheet for evaluating a state’s prison performance, they do not do anything about the public apathy towards the inhumane treatment of prisoners and they do not erase the negative stigmas that pro-prison lobby groups and lawmakers have instilled in the minds of millions. None of the 2016 U.S. presidential candidates have mentioned the Mandela Rules in their campaigns or expressed a plan to ensure that they are implemented in our prisons. If civil society has a critical role to play in the humane treatment of prisoners, and the current campaign rhetoric by governmental leaders is any indication of what civil society cares about, the outlook for prison progress looks bleak.

How do we ensure that these minimum rules will be followed? While the Mandela Rules do call for a more humane treatment of prisoners, and require a more accepting environment and safer prison standards, which is certainly wonderful, they should not be praised as a revolutionary feat. What would be revolutionary is if the United States and other countries would actually adopt these rules in practice rather than merely going through the motions.