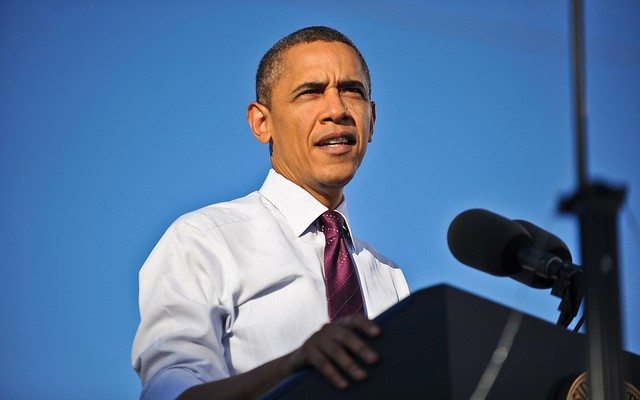 In July, President Obama became the first sitting president to visit a federal prison when he traveled to the El Reno Correctional Facility in Oklahoma. While there, he addressed the inmates, discussing the importance of rehabilitation and job-training to ensure their success after serving time behind bars. Now, the President is taking action to help former prisoners reenter society, a key part in his push to “overhaul the criminal justice system.”

Yesterday, President Obama laid out initiatives to help ex-inmates get jobs, housing and education, while also providing $8 million in federal education grants to fund communities establishing reentry programs. The President also has plans to visit Integrity House, a substance abuse treatment center in Washington, D.C., to meet with convicted drug offenders and discuss ways to get their lives back on track. According to an official statement from the White House:

President Obama will continue to promote these goals by highlighting the reentry process of formerly-incarcerated individuals and announce new actions aimed at helping Americans who’ve paid their debt to society rehabilitate and reintegrate back into their communities.

The difficulties that ex-inmates face reintegrating into society are so often overlooked for a variety of reasons. While in prison, inmates are ripped away from society, which not only impacts their own self-perception and worth, but the rest of society’s perception of them. They become a separate entity; an enigmatic group of deplorable beings who are so different from “us.” This mentality leads to indifference toward the fundamental human rights and needs that ex-inmates need just like everyone else: protection, security, stability, and other basic elements of human life.

President Obama is paving the way for us to change the way we view ex-inmates, and truly give them a chance to rehabilitate and move on with their lives. Countless studies and articles have been published around the world on this issue, arguing that stronger programs and systems of reintegration and rehabilitation will lessen recidivism rates in crime. The execution of President Obama’s plan to better help ex-inmates reintegrate into society may be the beginning of a change in crime culture in the United States, and in the world.

Kui Mwai
Kui Mwai is a junior at American University, studying Law and Literature. She is from Nairobi, Kenya. Contact Kui at Staff@LawStreetMedia.com.
Share:
Related ItemsCrimeCrime in AmericaCriminal JusticeObama