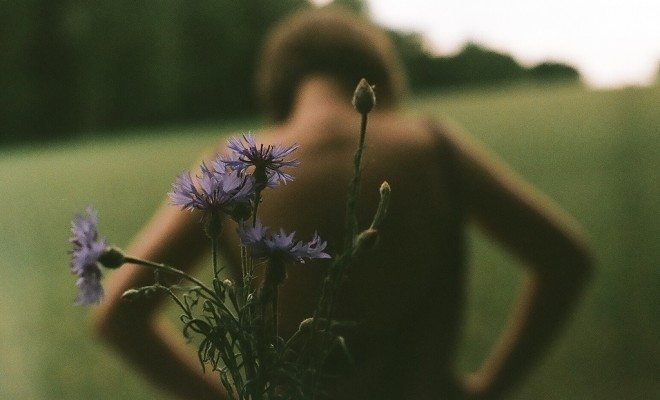 The New Hampshire House just rejected a law that would have made it illegal for women to go topless or expose their breasts or nipples in public. Partly a response to the “Free the Nipple” movement that has begun to reverberate around the U.S., breaking the law could have gotten a topless female offender a misdemeanor. While luckily the bill was shot down, the entire debate is absolutely ridiculous.

The “Free the Nipple” movement is a social media campaign dedicated to taking the stigma away from female toplessness, both in public as well as on social media. Here’s a trailer for the 2014 movie based on the movement:

In New Hampshire, two women were arrested on the beach in Gilford last year for going topless, but no charges against them stuck because at the time it was legal for both men and women to be topless in the state. But the “Free the Nipple” movement, combined with the arrests, led lawmakers in New Hampshire to propose the bill making it illegal for a woman to “purposely expos[e] the areola or nipple of her breast or breasts in a public place.” If a woman broke the law twice, she could end up on the sex offender registry. There were exceptions written into the law for breastfeeding mothers.

The co-sponsors of the bill argued that women appearing topless was a threat to society as we know it, which seems like quite a hefty burden to place on shirts. State Representative Brian Gallagher, a Republican who co-sponsored the bill stated:

It’s a shame that some folks are more concerned with exposing their breasts in public places than they are concerned about how families and children may be impacted by being forced to experience this evolving societal behavior. This is about a movement to change the values of New Hampshire society.

Gallagher and another co-sponsor Representative Peter Spanos also cited “Little League games” and “libraries” as places that women are just dying to show up to topless. In a spat between some of the legislators on Facebook, Representative Josh Moore stated that a woman should expect to have her breasts grabbed if she appears in public topless, saying:

If it’s a woman’s natural inclination to pull her nipple out in public and you support that than you should have no problem with a mans inclantion [sic] to stare at it and grab it. After all… It’s ALL relative and natural, right?

Bad grammar and spelling aside, Moore’s assertion that a woman not wanting to get slapped with a misdemeanor for taking her shirt off is tantamount to her deserving to be groped is inappropriate at best, and condoning assault at worst.

The law didn’t pass the house, and rightfully so, given that it would blatantly create different standards for men and women. And, as my favorite argument (courtesy of the New Hampshire ACLU) pointed out: “in a state with an average temperature of only 46 degrees, the risk of rampant nudity seems rather low.”

So, New Hampshire women, you won’t be slapped with a misdemeanor if you’re topless…despite the best yet totally misguided efforts of some of the legislators in your state.

Anneliese Mahoney
Anneliese Mahoney is Managing Editor at Law Street and a Connecticut transplant to Washington D.C. She has a Bachelor’s degree in International Affairs from the George Washington University, and a passion for law, politics, and social issues. Contact Anneliese at amahoney@LawStreetMedia.com.
Share:
Related ItemsEqualityFeminismFree the NippleMisdemeanorsex offender registryToplessness