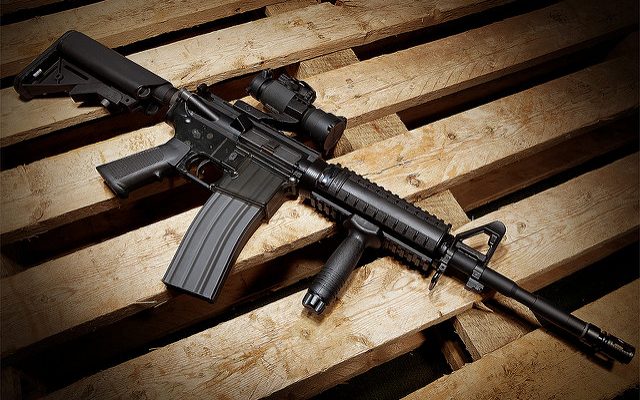 In a 10-4 decision on Tuesday, the Fourth Circuit Court of Appeals in Richmond, Virginia upheld Maryland’s ban on assault rifles, concluding that military-style weapons are not protected under the Second Amendment.

“Put simply, we have no power to extend Second Amendment protections to weapons of war,” wrote Judge Robert King, who noted that the 2008 Supreme Court decision in District of Columbia v. Heller excluded coverage of assault weapons.

The decision overturned a previous ruling that found Maryland’s Firearm Safety Act of 2013 unconstitutional because the weapons “are in common use by law-abiding citizens,” and therefore don’t fall under the exception that applies to “unusual” weapons–i.e. machine guns and hand grenades.

The law, which was introduced by Maryland Attorney General Brian Frosh following the massacre at Sandy Hook Elementary in Newtown, Connecticut, prohibits the sale, possession, transfer, or purchase of 45 kinds of assault rifles and places a 10-round limit on detachable gun magazines.

In a scathing dissent, Judge William B. Traxler wrote that his colleagues did not apply a strict enough review on the constitutionality of the law.

“[The majority] has gone to greater lengths than any other court to eviscerate the constitutionally guaranteed right to keep and bear arms,” wrote Traxler.

King, however, pointed out that the same kinds of weapons were used in the shootings in Aurora, San Bernardino, and Orlando, adding that the names of those places “have become synonymous with the slaughters that occurred there.”

The decision is considered to be a major victory for gun safety advocates, but a serious setback for gun proponents who believe their right to bear arms should not be limited.

According to NBC News, the NRA estimates there are somewhere between 5 million to 10 million AR-15s–one of the banned weapons under Maryland’s law–in circulation in the United States for lawful purposes.

“It is absurd to hold that the most popular rifle in America is not a protected ‘arm’ under the Second Amendment,” said National Rifle Association spokeswoman Jennifer Baker. She added that the majority opinion “clearly ignores the Supreme Court’s guidance from District of Columbia v. Heller that the Second Amendment protects arms that are ‘in common use at the time for lawful purposes like self-defense.'”

The plaintiffs could appeal to the Supreme Court, but Frosh says he’s confident that the law will stand.

“It’s a very strong opinion, and it has national significance, both because it’s en-banc and for the strength of its decision,” Frosh said, noting that all of the court’s judges participated.

Alexis Evans
Alexis Evans is an Assistant Editor at Law Street and a Buckeye State native. She has a Bachelor’s Degree in Journalism and a minor in Business from Ohio University. Contact Alexis at aevans@LawStreetMedia.com.
Share:
Related ItemsAppeals CourtAssault RiflesDistrict of Columbia v. HellerFirearm Safety Act of 2013MarylandNRASecond Amendment