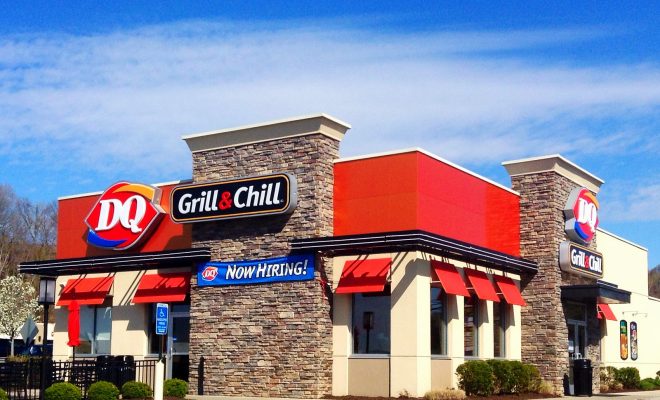 For many people, high school is neither easy nor pleasurable. In some cases, the situation can get so bad it ends in tragedy. Seventeen-year-old Kenneth Suttner was so severely bullied both in school and at work that he took his own life on December 21. But in an unusual development, his former boss at Dairy Queen where he worked after school has now been charged with involuntary manslaughter for his death.

Friends and family members testified in court that Suttner had fought all his life to shield himself from verbal and physical bullying. He went to Glasgow High School in Missouri where he was a frequent target of bullying for his weight and speech impediment. Other parents said that the school consistently failed to deal with the problem of bullying. One of them, Barbara Smith, said she had to move her son to another school district because the situation was so bad.

In Kenneth Suttner’s case, it didn’t even end when he went home from school. At his after-school job, his 21-year-old female manager Harley Branham kept the harassment going, according to testimony from Sutter’s former coworkers. Dairy Queen employees said Branham regularly harassed Suttner, she would make Suttner lie on his stomach to clean the floor by hand and once threw a cheeseburger at him for not doing a good job. After years of bullying in school and three months of working at the Dairy Queen, Suttner wrote suicide notes to his family and shot himself in the head.

On Tuesday the county coroner, Frank Flaspohler, held an official inquest, which is a process that is similar to a grand jury investigation but open to the public. This can be sought if it is believed that an occurred death was caused by a safety or health hazard that could continue to harm people. After the six-person jury listened to six hours of testimony from almost 20 witnesses, they reached the conclusion that Branham was “was the principal in the cause of death,” that Dairy Queen had failed to properly train their employees about how to prevent bullying, and that the same went for the high school.

Branham was among the witnesses that testified and admitted she had called him names but didn’t understand how that could have caused his suicide. She claimed that everything had been in a joking manner. The special prosecutor in the case, April Wilson, said, “We wanted to be very cautious and responsible. Both sides of the issue are extremely important. A young man is dead. But we also want to acknowledge that it’s not easy being in public education.” On Wednesday, she filed a second-degree involuntary manslaughter charge against Branham.

Dairy Queen released a statement saying that it was gathering more information about the case and that the restaurant is run by an independently owned franchise. County coroner Flaspohler hopes his decision to hold the inquest will lead to some change in how schools deal with bullied children. “Hopefully this makes the school pay attention to what’s going on. And it’s not just in that school. We all need to wake up and say this exists and we need to take care of it,” he said. Kenneth Suttner’s family also hoped the school would take action, saying, “If this can help one child at least Kenneth’s death wasn’t in vain.”

Emma Von Zeipel
Emma Von Zeipel is a staff writer at Law Street Media. She is originally from one of the islands of Stockholm, Sweden. After working for Democratic Voice of Burma in Thailand, she ended up in New York City. She has a BA in journalism from Stockholm University and is passionate about human rights, good books, horses, and European chocolate. Contact Emma at EVonZeipel@LawStreetMedia.com.
Share:
Related ItemsBulliedBullyBullyingChildrenDairy QueenHigh SchoolInvoluntary ManslaughterKenneth SuttnerMissouriSuicideTeenager