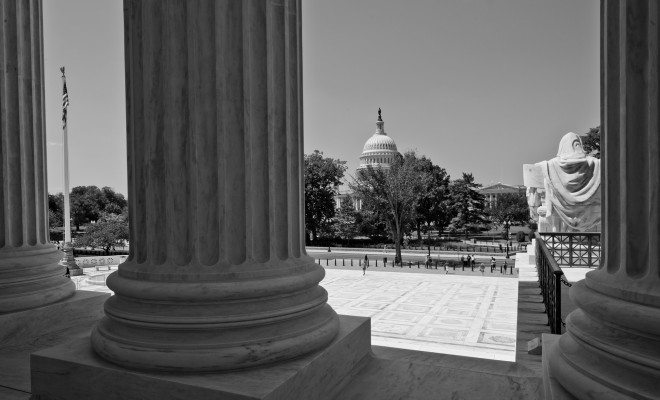 In the beginning of 2013, the Arkansas General Assembly introduced a bill titled the “Arkansas Human Heartbeat Protection Act” in an attempt to ban women from aborting a fetus 12 weeks or older. After several years of this law being contested in court, it has finally received the final nail in the coffin. The Supreme Court rejected the pleas to overturn lower court decisions by announcing this Tuesday that it would not be hearing oral arguments for Beck v. Edwards.

The  “Arkansas Human Heartbeat Protection Act” became a law on March 6, 2013, even after being vetoed by then Governor Mike Beebe, and has faced controversy ever since. Around a month after the bill became a law, the Center for Reproductive Rights and the ACLU began the fight against the law by filing suit in a district court, claiming that this ban on abortion infringed on patients’ constitutional rights to privacy. The district court ultimately sided with the Plaintiffs, ruling that the ban on abortion after 12 weeks was an unconstitutional violation of a woman’s privacy. Arkansas appealed this case to the United States Court of Appeals for the Eighth Circuit in May of 2014, but didn’t have much luck. The court affirmed the ruling of the previous court in its opinion, stating,

This case underscores the importance of the parties, particularly the state, developing the record in a meaningful way so as to present a real opportunity for the court to examine viability, case by case, as viability steadily moves back towards conception.

In this case, Arkansas legislators are making the claim that a fetus is viable at 12 weeks, so therefore the cutoff for abortion legality needs to be at or before that benchmark. Overall, one of the biggest points of contention in the overall argument about abortion is the question of when a fetus becomes viable. But, what is viability? Justice Harry Blackman defined this term in his opinion on the well-known 1973 Supreme Court case, Roe v. Wade: “potentially able to live outside the mother’s womb, albeit with artificial aid.” Now, people have been bickering for decades over what this actually means; however, most states have stuck to the norm–also laid out in Roe v. Wade–of a fetus becoming viable somewhere around 28 weeks.

Both the District Court and the Court of Appeals cited a lack of scientific evidence on the part of the State when it comes to proving that viability of a fetus starts at 12 weeks. The plaintiffs, on the other hand, provided ample evidence–in the form of doctor testimony– to support the fact that a fetus at 12 weeks cannot survive outside its mother’s womb.

In a final attempt to keep this law in place, the state of Arkansas filed a Petition for Writ of Certiorari to the Supreme Court. Unfortunately for the Arkansas legislature, the Supreme Court only accepts around 0.8% of the cases it receives each year, and it just decided this Tuesday that it will not be hearing Beck v. Edwards, effectively striking down the Arkansas ban on abortions past 12 weeks, for good.

So what does this mean for the future of abortion rights? We can all rest easy knowing that a woman’s constitutional right to privacy won’t be violated by the Arkansas abortion law anytime soon, since the final decision from the Court of Appeals stands, banning the ban for good. In addition, although SCOTUS didn’t want to hear Beck v. Edwards, it does have a new abortion focused case coming up this March. Arguments for Whole Woman’s Health v. Cole are set to begin March 2nd, so a verdict on whether or not the Supreme Court will uphold women’s rights is rapidly approaching.