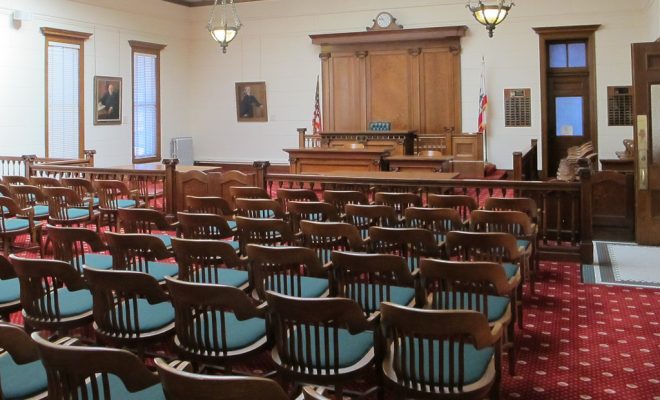 It is finally seen as professional misconduct for men to make sexist remarks or call women “honey” and similar epithets when practicing law in court. Thanks to the American Bar Association’s (ABA) revisions to its ethics rules, sexism as well as comments or actions based on a person’s religion, race, sex, sexual orientation and other factors are no longer allowed.

Even though some states already have similar rules in place, there has been no formal, nationwide prohibition against such behavior. Therefore many male lawyers have felt free to use misogynistic language to undermine female opposing counsels, causing many female law practitioners to feel belittled and discriminated against.

Some of the women who spoke with the New York Times described how condescending male lawyers treated them when carrying out their profession. “Don’t raise your voice at me. It’s not becoming of a woman,” one man told lawyer Lori Rifkin when she objected to him interrupting her. “I got the pat on the head,” said Jenny Waters, now chief executive of the National Association of Women Lawyers, about working as a lawyer.

NAWL is a group that has supported the rights of female lawyers since 1899 and has over 5,000 members. They sent a letter to ABA to support the amendment to the ethics rule. And it worked–ABA presented the revised rule at its annual meeting in San Francisco on Tuesday. Any violations against it will result in either a fine or suspension from practice.

The additions to the rule prevent discrimination based on sex, race, religion, and several other factors. They also detail what constitutes sexual harassment. The updated the ethics rule notes:

Discrimination and harassment by lawyers […] undermines confidence in the legal profession and the legal system. Such discrimination includes harmful verbal or physical conduct that manifests bias or prejudice towards others

The rule also describes that it applies during any activity that is related to the lawyer’s practicing of law. This includes when:

Representing clients; interacting with witnesses, coworkers, court personnel, lawyers and others while engaged in the practice of law; operating or managing a law firm or law practice; and participating in bar association, business or social activities in connection with the practice of law.

This part of the rule caused critics to say that the new rules could lead to limitations on free speech while working with clients, but so far no lawyers have objected to the adoption of the revisions. Further revisions were made before approving the rule to make sure it is only offensive conduct if the person doing it “knows or reasonably should know [it] is harassment or discrimination.”

Only 36 percent of law practitioners are women, according to the American Bar Association, and they still make about $1,400 less than men per month. But at least this new rule is more than welcome as a step forward in the fight for gender equality.

Emma Von Zeipel
Emma Von Zeipel is a staff writer at Law Street Media. She is originally from one of the islands of Stockholm, Sweden. After working for Democratic Voice of Burma in Thailand, she ended up in New York City. She has a BA in journalism from Stockholm University and is passionate about human rights, good books, horses, and European chocolate. Contact Emma at EVonZeipel@LawStreetMedia.com.
Share:
Related ItemsABAAmerican Bar AssociationCourtDiscriminationEthicsFemale LawyersLawyersProfessional MisconductSexismSexist LanguageU.S. Lawyers