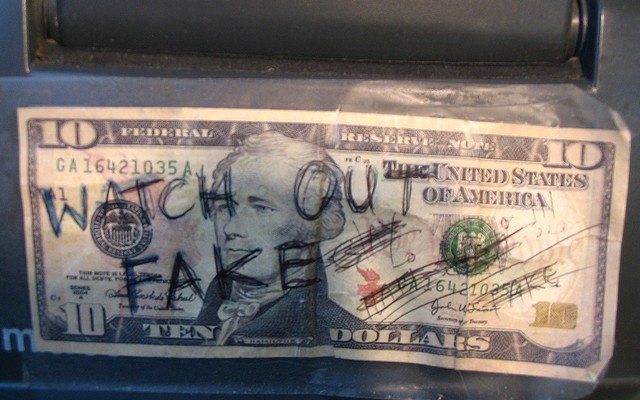 Counterfeit products: the items that your empty wallet hates to love. Well, it seems as though the number of counterfeit products rotating the black market is dropping this season. A couple of weeks ago, six New Yorkers were charged with trademark counterfeit and conspiracy. They have allegedly sold more than $13 million worth of Lacoste, True Religion, and Ralph Lauren’s Polo clothing to distributors throughout the nation. Those are some serious allegations, Artful Dodger.

The NYPD found more than 2,000 boxes of the counterfeit trademarked clothing in Queens last summer. In addition to these dubious activities, the criminal group has caught the eye of the NYPD Intelligence Bureau. Ray Kelly, the NYPD Commissioner, stated that the covert operations were particularly concerning because of “indications that proceeds were sent to areas in southern Lebanon.”

Enough of that — what I’m more concerned with is the composition of the counterfeit marks. I’ve seen a fake Fendi or Gucci bag in my day, but I’ve never been exposed to a fake Lacoste logo, for example. Is the crocodile turned to the right instead of the left? Is the tongue pink instead of red? Is the fake mark visually indistinguishable? And unfortunately, I couldn’t find a picture.  BUT, I wanted to compose some visuals and brief background information of a few trademark counterfeit cases throughout IP history.

Last September, Several Atlanta residents were accused of “promoting and otherwise advertising, distributing, selling and/or offering for sale counterfeit products, including at least handbags and wallets, bearing trademarks that are exact copies of the Chanel Mark” for goods of a lesser quality. Read more here. Courtesy of Wen-Cheng Liu via Flickr.

In May 2006, Rolex Watch USA, Inc. discovered the watchreps.com website and shut it down through the website’s Internet Service Provider. However, the company discovered that the site had been reactivated three years later and was redistributing counterfeit Rolex watches. Read more here. Courtesy of Charlie J via Flickr.

Gena Thomas
Gena Thomas, a recent graduate of Howard University School of Law, was born and raised in Lafayette, Louisiana. A graduate of The University of Texas at Austin, she enjoys watching scary movies and acquiring calories from chocolates of all sorts. Contact Gena at staff@LawStreetMedia.com.
Share:
Related ItemsCounterfeitIPTrademark CounterfeitingTrademark InfringementTrademarks