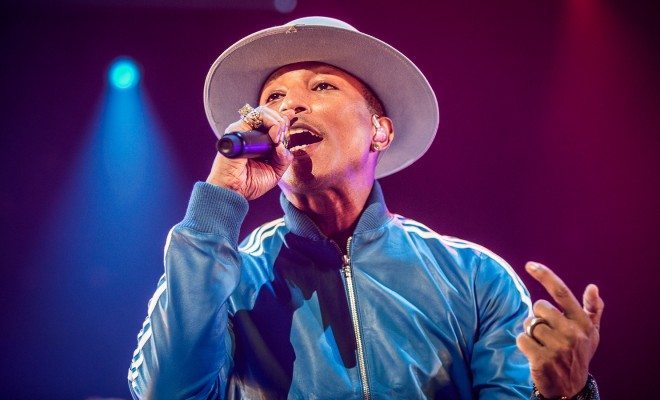 Pharrell Williams Fears For the Future of Creativity

Pharrell isn’t happy. Last month the hit song “Blurred Lines,” created by Pharrell Williams and singer Robin Thicke, was officially found to be in violation of copyright law. A California judge ruled that the track was too similar to Marvin Gaye’s well-known song, “Got to Give It Up.” Williams and Thicke were ordered to pay $7.4 million to Gaye’s family. Was the judge’s ruling too harsh? Not harsh enough? Have a listen for yourself.

Marvin Gaye’s sister, Zeola Gaye, was also featured on the song “Got to Give It Up.” Amid controversy surrounding the lawsuit, Zeola Gaye clarified that she did not receive any of the $7.4 million reward. In fact, she never desired or requested any of the money from the case; compensation was always meant to go solely to Marvin Gaye’s heirs.

You may have heard “Blurred Lines” played ad nauseum on radio stations during the summer of 2013. You’ve probably also heard about (or seen) the song’s controversial music video featuring a few scantily clad ladies. I’d wager you probably haven’t heard the opening arguments of the lawyer who defended Williams and Thicke in court. Howard King began his case by telling the jury that creativity could not be owned:

We’re going to show you what you already know: that no one owns a genre or a style or a groove. To be inspired by Marvin Gaye is an honorable thing.

Although the judge’s final ruling ultimately disregarded King’s premise, Williams has echoed King’s sentiments regarding the ownership of ideas. The Grammy winner claims that the outcome of his case has implications for the music industry and creativity at large:

The verdict handicaps any creator out there who is making something that might be inspired by something else.

Harsh judicial penalties may cause confusion as to what materials artists can and can not use, leaving them in creative limbo.

Artists who have creative discrepancies do not always head straight to the courtroom—soulful crooner Sam Smith recently settled a lawsuit with Tom Petty out of court. Musicians and artists who side with Williams fear that the litigation blitz surrounding “Blurred Lines” will start a wave of similar cases wherein artists are unduly penalized for emulating their idols.

Corinne Fitamant
Corinne Fitamant is a graduate of Fordham College at Lincoln Center where she received a Bachelors degree in Communications and a minor in Theatre Arts. When she isn’t pondering issues of social justice and/or celebrity culture, she can be found playing the guitar and eating chocolate. Contact Corinne at staff@LawStreetMedia.com.
Share:
Related ItemsBlurred LinesCopyrightIPMarvin GayeMusicMusic IndustryPharrellRobin Thicke