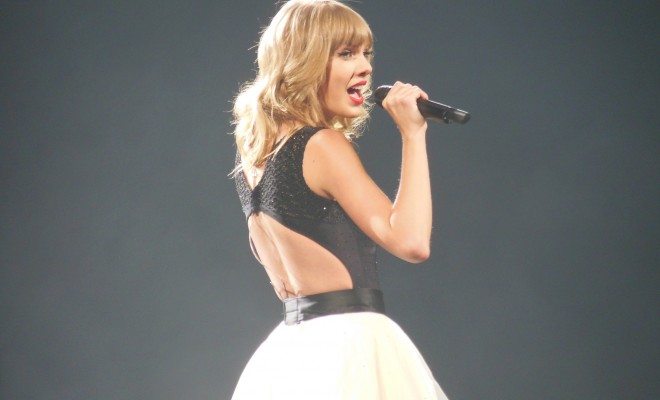 Judge Shakes Off Suit Against Taylor Swift Using Her Lyrics

A $42 million lawsuit against Taylor Swift officially failed in court on Tuesday, as a California Central District Court Judge artfully put the case to bed. At the end, what began as multi-million dollar lawsuit ended with a judge quoting Taylor Swift lyrics in her dismissal of the case.

Jessie Graham, whose real name is Jessie Braham, sued Swift for copyright infringement, alleging that her song “Shake it Off” is a rip-off of his song “Haters Gone Hate.” Magistrate Judge Gail J. Standish disagreed, saying in her dismissal, “At least for the moment, Defendants [Swift and her record label] have shaken off this lawsuit.”

Before we get into the details, it’s important to recognize just how ridiculous Graham’s arguments are. He claimed that Taylor Swift copied lyrics from his song “Haters Gone Hate.” You can listen to the song for yourself to see how similar it is:

In her dismissal, Judge Standish says that she could only find two or maybe three similarities between the two songs–the phrase “haters gone/gonna hate,” the phrase “Players/playas gone/gonna play,” and “some lyrics referring to fakers faking people.” But simply having the same words or phrases is not enough to win a copyright claim. More importantly, such a claim requires the plaintiff to actually demonstrate that the work was originally his. In the dismissal, Judge Standish shows how these phrases were used prior to when Braham’s song was written in 2013. I’m not kidding, she actually goes through the history of “haters gonna hate” and “players gonna play”–from 3LW to popular memes, which she also defines.

To sucessfully show that Swift copied his work, Braham would need to somehow prove that “Shake it Off” would not have been created without his song “Haters Gone Hate.” Doing so would entail proving that Swift had access to his song and that her work is “substantially similar” to his–and if you’ve listened to both songs it’s pretty clear that is not the case.

Judge Standish’ true colors, and quiet possibly her Taylor Swift fanhood, come out in the dismissal’s conclusion. She wraps it up saying:

At present, the Court is not saying that Braham can never, ever, ever get his case back in court. But, for now, we have got problems, and the Court is not sure Braham can solve them. As currently drafted, the Complaint has a blank space— one that requires Braham to do more than write his name. And, upon considerationof the Court’s explanation in Part II, Braham may discover that mere pleading Band-Aids will not fix the bullet holes in his case. At least for the moment, Defendants have shaken off this lawsuit.