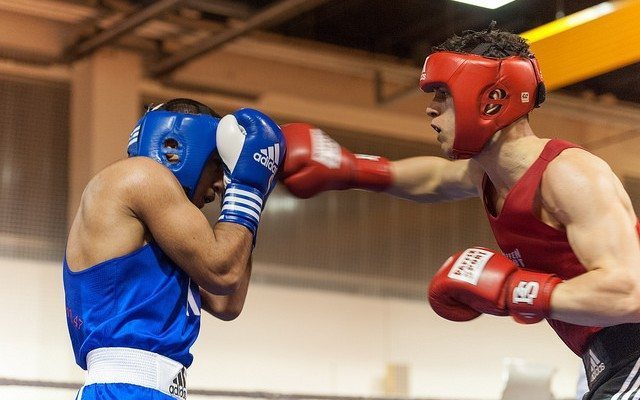 Cody Romano, creator of BreakYourFacebook, has been threatened with a lawsuit by the social media powerhouse that I love to hate: Facebook. (And no, I don’t have an account.) BreakYourFacebook is a webapp that allows Facebook users to regulate how much time they spend on the site.  Users indicate how long of a hiatus they’d like to take from Facebook, and then the app generates a new password (not to be memorized) and sends a reminder on the scheduled date. Now that’s a new concept for the younger members of society — a technological tool to schedule your detachment from technology. It helps reduce time wasted on Facebook so people can actually live the lives that they simulate on the site.  I like it. Facebook? Eh. Not so much.

Romano, a software engineer from Cambridge, said that he was  “rudely” told in an email that he would face fines and a possible lawsuit if he did not immediately obliterate his webapp.  The cease-and-desist letter was sent to him on Monday, and included brief discussions of why his registration and use of BreakYourFacebook.com violated the Lanham Act and infringed on the ‘Facebook’ trademark. Facebook doesn’t seem to be attacking the application itself, but rather the domain name BreakYourFacebook.com.

When I read the email for myself, I didn’t think that it came across as crass or tactless. Honestly, it was much more amicable than the cease-and-desist letter I formulated in Trademarks Law last year, but I did want to delve into their claim of infringement under the Lanham Act. That’s right -proooo bonoooo. [Disclaimer: this is a legal opinion from a J.D. awaiting bar results. I am not licensed, and my remarks should not be used to incite any action. Analysis is provided to inspire discussion only.]

To show infringement of a mark under the Lanham Act (for a mark that has already been federally registered, like Facebook) the plaintiff would have to show:

1. That they own a valid mark;

Not an issue here. Facebook is a distinctive service-mark used in commerce to identify and distinguish its social media services from other social media platforms.

2. That another party has used the mark in commerce without their permission;

BreakYourFacebook has arguably been used in commerce because it was, presumably, used in the advertising of the site’s services — the ability to schedule time away from Facebook. Offering services through the internet has already been held to be “commerce” under the Lanham Act.

3.  That the other party’s use of the mark causes a likelihood of confusion between plaintiff’s mark and the mark at issue;

Now, this is the sticky part. In the interest of time, I’ll summarize a few arguments on both ends. There are numerous factors the court considers in determining likelihood of confusion. As far as appearance, Romano could say that the marks are not visually similar because “Break” and “Your” precede the mark “Facebook.” He may win this one. Also, the marks differ on a phonetic basis as well. However, Facebook could argue that its fame makes it more susceptible to infringement. (Yes, that’s a factor to consider.) Also, the marks both concern social media services, though one is attempting to decrease the usage of social media, this could still be a factor found in favor of Facebook. Also, if Facebook’s lawyers can ascertain any evidence of actual confusion by its users, which they have the deep pockets to search for, the needle would lean significantly towards Facebook’s end of the spectrum. There’s much, much more to this, but you can see where it’s going.

Facebook could easily quantify some form of economic harm because BreakYourFacebook endeavors to limit the amount of time spent on their site.  They could claim that they’ve lost consumers, that Romano somehow benefited from his unlawful conduct, etc etc.

I decided to take the time to sift through Facebook’s claim because, although I took no issue with the general tone of the letter, I did find Facebook’s use of their winning court record to be akin to bullying.  Why is it acceptable for a company to say  “all domain names [that have previously been] at issue were ordered to be transferred to [us]” to instill fear in potential infringers? It waives a proverbial index finger at opponents instead of simply laying out the options that a defendant may choose to invoke.

If you go to BreakYourFacebook.com, your browser will redirect you to a posting written by Romano entitled “Facebook Threatened to Sue Me.” In the note, you see that Romano has surrendered his site because he doesn’t “want to contend with Facebook’s endless legal resources.”

Well, Romano, I’m no licensed attorney, but I thought you deserved to get a glimpse of what you’re up against from an analytical standpoint versus a financial one.

Gena Thomas
Gena Thomas, a recent graduate of Howard University School of Law, was born and raised in Lafayette, Louisiana. A graduate of The University of Texas at Austin, she enjoys watching scary movies and acquiring calories from chocolates of all sorts. Contact Gena at staff@LawStreetMedia.com.
Share:
Related ItemsFacebookInfringementIntellectual PropertyIPLegal DisputeTrademarks