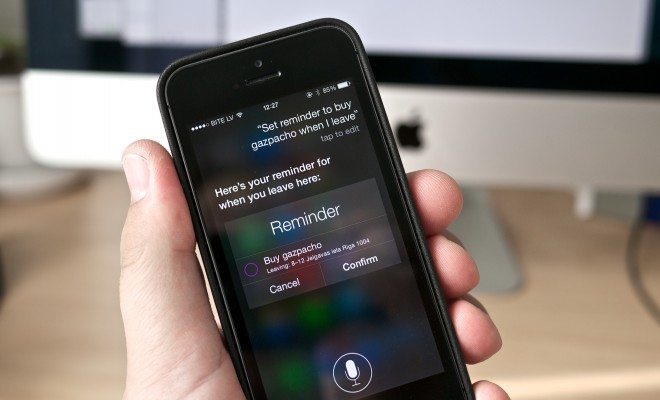 Apple Appeals to Trademark Office on Behalf of Siri

Okay — so she’s not the deepest or most prophetic robot that ever tried to cheer me up, but we have all come to simultaneously know, love, and hate Siri. She saves us time by writing out our grocery lists (despite her confusion of homophones), keeps us from getting lost (although she tends to take the long way) and sometimes, on a Monday, simply provides just enough sass to keep us drudging until 5:00p.m. Apple is very proud of its little lady. Referring to the robotic personal assistant, the company advertises, “Your wish is its command.”

So, when the U.S. Trademark Office turned down Apple’s 2012 application for protecting Siri’s trademark as a “social network,” Apple stood up for its loyal virtual assistant. This week, the company filed an appeal with the Trademark Office, claiming that the examiner was not correct in his conclusion and that Siri deserves another chance.

Initially, it was determined by the examiner that Apple is not currently using Siri as part of any social networking business. Therefore, Siri cannot be protected by a social network mark. However, Apple argues that in many ways Siri accompanies social network websites such as Facebook and Twitter. For example, Siri can post and update statuses to both sites via a user’s voice command, allowing Siri to serve as a direct tool for online social interaction.

Some wonder whether this move from Apple’s legal team means that Siri’s social media future is bright, with more innovative, multi-platform media capabilities to come. This is somewhat expected, as our society inches closer and closer to artificial, technological assistance. We already have Siri and the Roomba robot vacuum. It’s only a matter of time before we’re able to fill our cubicles with a bunch of Wall-Es, right?

Others write this legal move off to be merely proactive. After all, Apple’s fierce legal team loves intellectual property and has been accused many times of creating a litigation bubble around its products, making it exponentially more difficult for competitors to enter the market with rival products. Apple is known to get crafty with its legal practices. In the past, the company has cited design patents when questioning the originality of Samsung technology (Apple Inc. v. Samsung Electronics Co. Ltd. et al.), protected its products with utility patents, trade secrets and copyright, and even obtained trade dress to uphold certain shapes, colors, or materials of a product as its own (the sneakiest of all the IP tactics).

The word “Siri” has definitively been Apple’s for two years. Apple holds the trademark for Siri as voice recognition software; however, Siri’s primary function seems to be unclear across the board.

I wondered if Siri was worried, so I asked her if she was upset. It turns out, she’s quite the optimist, answering, “Everything is fine. All of my circuits are operational.”

Only time will tell whether Siri’s purpose can be legally defined. In the meantime, we can still appreciate her as our trendy, ditzy assistant whom we resent but would never dare fire.