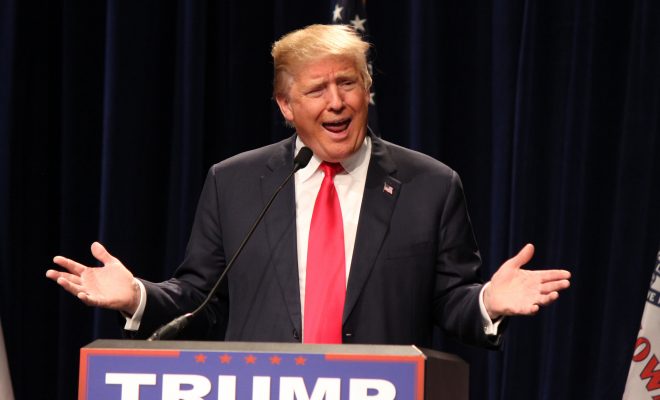 A Swedish Newspaper Shows Trump What “Really” Happened in Sweden

If you followed any of the coverage of President Donald Trump’s rally on Saturday in Florida, you may have seen this odd incident:

This is the man Trump brought on stage pic.twitter.com/cHtvop8EYX

But you may have also seen a ton of confused journalists wondering “what in the world happened in Sweden on Friday night?” Per the Palm Beach Post, Trump said:

Well, it turns out that nothing really happened in Sweden. But, thanks to Aftonbladet, a tabloid-like Swedish newspaper, we can read about what really went down on Friday night in Sweden. Publishing a slyly snarky response to President Trump’s remarks, Aftonbladet released a short breakdown of the worst events that took place on Friday night in Sweden–and none of them are any sort of terrorist attack worthy of being compared to the Bastille Day attacks in Nice or 2015 mass shooting in Paris.

Some of the stories are tragic: “8:23 p.m.: A man died in hospital, after an accident in the workplace earlier that day in the city of Borås.” Aftonbladet also captured the mundanity of that Friday night: “6:42 p.m.: The famous singer Owe Thörnqvist had some technical problems during rehearsal for the singing competition ‘Melodifestivalen.’ (However, the 87-year-old singer still managed to secure the victory the very next day.)”

You can check out the full Aftonbladet article here.

So what was Trump even thinking? We now know that Trump’s comments on Sweden were informed by a Fox News segment he watched.

My statement as to what’s happening in Sweden was in reference to a story that was broadcast on @FoxNews concerning immigrants & Sweden.

We also know that a White House spokeswoman told officials that Trump wasn’t referring to a specific incident, but just rising crime in Sweden in general. Reuters points out that this is not an entirely true statement, as the country’s crime rate has fallen since 2005.

We also know that facts don’t seem to matter anymore.

Sweden? Terror attack? What has he been smoking? Questions abound. https://t.co/XWgw8Fz7tj

Austin Elias-De Jesus
Austin is an editorial intern at Law Street Media. He is a junior at The George Washington University majoring in Political Communication. You can usually find him reading somewhere. If you can’t find him reading, he’s probably taking a walk. Contact Austin at Staff@Lawstreetmedia.com.
Share:
Related ItemsAftonbladetDonald TrumpFlorida rallyFox NewsPolarized PoliticsPoliticsSwedenTrump